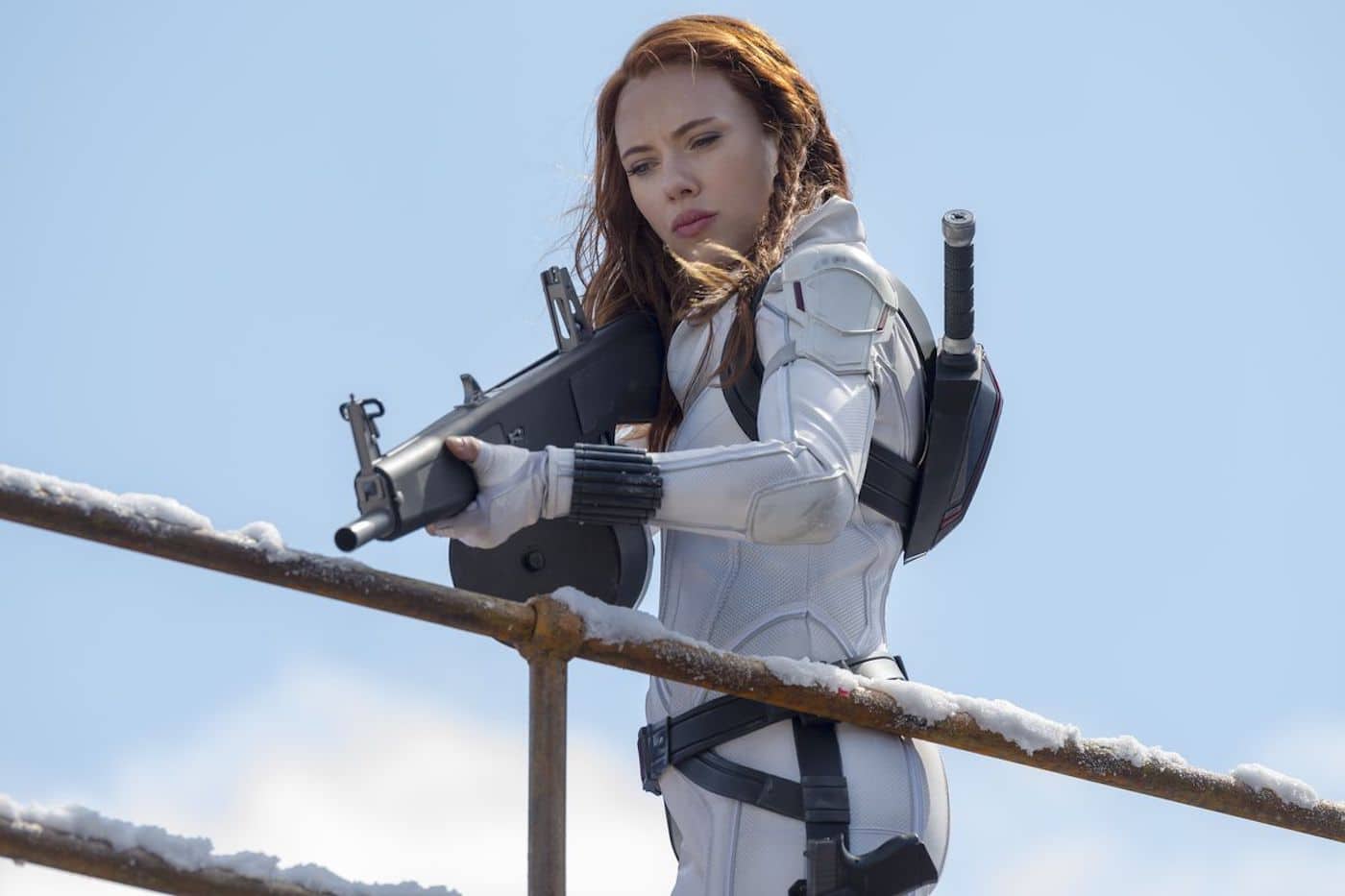 There are certain universal truths that we have accepted as a collective; the sky is blue, toilet paper goes over, not under and the year of Satan 2020 nearly sank the movie industry along with many other industries. But now, thanks to films like A Quiet Place Part II and F9, it’s slowly being resurrected thanks to positive critical reception and big box office numbers and now Disney has entered the arena and returned with the Marvel Cinematic Universe’s latest albeit delayed entry with Black Widow. They’ve kicked off their Phase 4 of films with a long overdue look at one of its most heralded heroines. Continue on to view our movie review of the Black Widow (spoilers).

For starters, Black Widow doesn’t feel like a typical Marvel movie. There’s certainly DNA of other espionage films like Mission Impossible, James Bond, Jason Bourne and even some incestuous strains pulled from past MCU films like The Winter Soldier and Civil War. While it is refreshing to see Marvel dip from other wells, it was exhausting to call out the influences present in Black Widow particularly during the chase scenes in Budapest that utilized an Armored Personnel Carrier and motorcycles that seemed reminiscent of Goldeneye or Mission Impossible: Fallout.

In a further departure from the past formula of MCU movies, there are no hyper powered superheroes that swoop in to save the day. Natasha and her companions, with the exception of the Red Guardian, are for the most part, regular people who can suffer pain and injuries but have spent years honing their skills and craft to become the assassins or heroes they were meant to become.

The action scenes in Black Widow are entertaining and hold up even against the fight scenes in the Captain America films and there’s shades of Quantum of Solace and The Bourne Ultimatum in many of them. The breakout sequence involving the Red Guardian and a Siberian prison is the standout scene in the movie but the clunky pacing through the rest of the second act make the film seem longer than it actually is however, the film is bolstered by the chemistry and performances of the principal which includes Scarlett Johansson, Florence Pugh, David Harbour and Rachel Weisz.

Pugh will be a great long term addition to the MCU and Harbour plays the Red Guardian like your drunk uncle who reminisces about how he missed out on playing in the NFL thanks to a shoulder injury and a pesky DUI. This is a purely a fan wish but it would be great to see David Harbour return to the MCU in a Red Guardian prequel series for Disney+ or in a flashback in a future Captain America movie.

Given that Black Widow occurs after the events of Captain America: Civil War, it’s hard to quantify the film’s place in the overall arc of the MCU and the character’s death in Avengers: Endgame manages to heavily loom over the entirety of the film’s events. This entry was long overdue but it doesn’t feel like the proper sendoff the character should have received. If Black Widow had come out in 2017 after the release of Civil War, it would’ve given more context to the character’s appearance in Infinity War and the decision to release the film now instead of earlier is more baffling as Johansson isn’t contractually obligated to appear in any more Marvel films. Black Widow is steeped in both MCU and comic lore and manages to hit on some pretty important themes of choice and freedom. It is a long overdue but decent addition to the MCU.