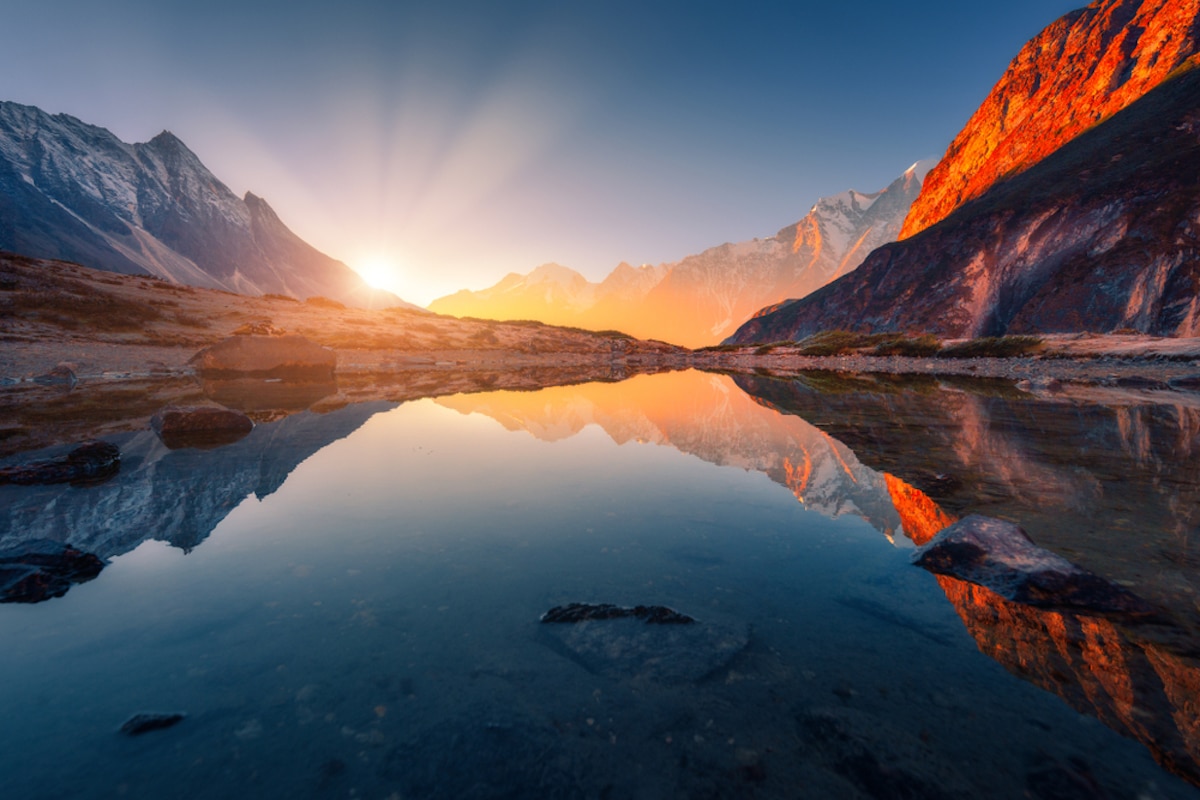 A Guide to Travelling in the Himalayas

At over 2,500km long and home to the world’s tallest peak, the Himalayas are a top tourist destination for millions of people around the world. Every year, over 700,000 head to the mountains, many of whom have one goal: to summit Everest.

The Himalayas span five countries, and with increasing numbers of tourists visiting the range every year, it’s fast becoming one of the biggest melting pots of diversity in the world. From the cultural significance through to the stunning sights of which there is nothing else quite like it on Earth, the Himalayas is on top of many people’s travel bucket lists.

Despite its popularity, holidaying in the Himalayas is not like popping to Spain or another European hotspot; there’s more to it than that. To help you maximize your trip, we’ve put together some tips for travelling to the region.

Get Visas in Good Time

As mentioned, the Himalayas is spread across five countries:

These are five independent nations, so you’ll need to obtain a visa for each of the areas you’re going to be crossing into. It might be that you’re only going to Nepal, but if you expect to cross over into India or one of the other countries that sits along the mountain range, such as to give charity in Kashmir or explore the sights and sounds of India, you’ll need a visa. Don’t forget six months on your passport, too.

Be Mindful of Changing Laws

So, the Himalayas stretches across five countries and you could – depending on the nature and extent of your trip – potentially need five visas. With this in mind, it will come as no surprise that there are changing laws across each of the countries.

What could be considered okay and legal in India might not be the same in Pakistan or Nepal, so it’s a good idea to familiarize yourself with various different laws across the region.

Explore More Than Just the Mountains

Whilst the Himalayas is mostly known for its mountain ranges and hikers, there’s much more to do and see in the region – it’s not just a place for trekkers keen to stand on top of the world! There’s a lot of natural biodiversity in the area, with many iconic species calling the rugged terrain home. From the elusive snow leopard and the curious red panda to the great Bengal tiger and giant Asian elephant, some of the wildlife found in the Himalayas can’t be seen anywhere else on Earth.

If hiking isn’t your thing, or if you find you have some spare time at the end of your trip, consider a wildlife tour. Alternatively, the rivers that trickle down from the iconic mountains make the perfect route for white water rafting and kayaking. You can even go paragliding, or you could simply sit back in a luxury lodge and soak in the views.

We’ve already touched upon the fact that the Himalayas is a melting pot of diversity and culture, and with this comes the significance of the area. Whilst it’s a great hiking area, some tourists forget about the spiritual and religious significance, with many reaching out and touching religious flags and stones or littering along the trails.

If you’re visiting the Himalayas, remember that it is a hub for Jainism, Buddhism, Hinduism and other ancient religions. Littering, graffitiing and generally being a nuisance in parts of the Himalayas is akin to doing the same in a church, mosque or synagogue, something many tourists forget.

The Himalayas is a great place to visit and is a once in a lifetime trip, making it well worth a visit. If you’re going to visit any time soon, keep these tips in mind.