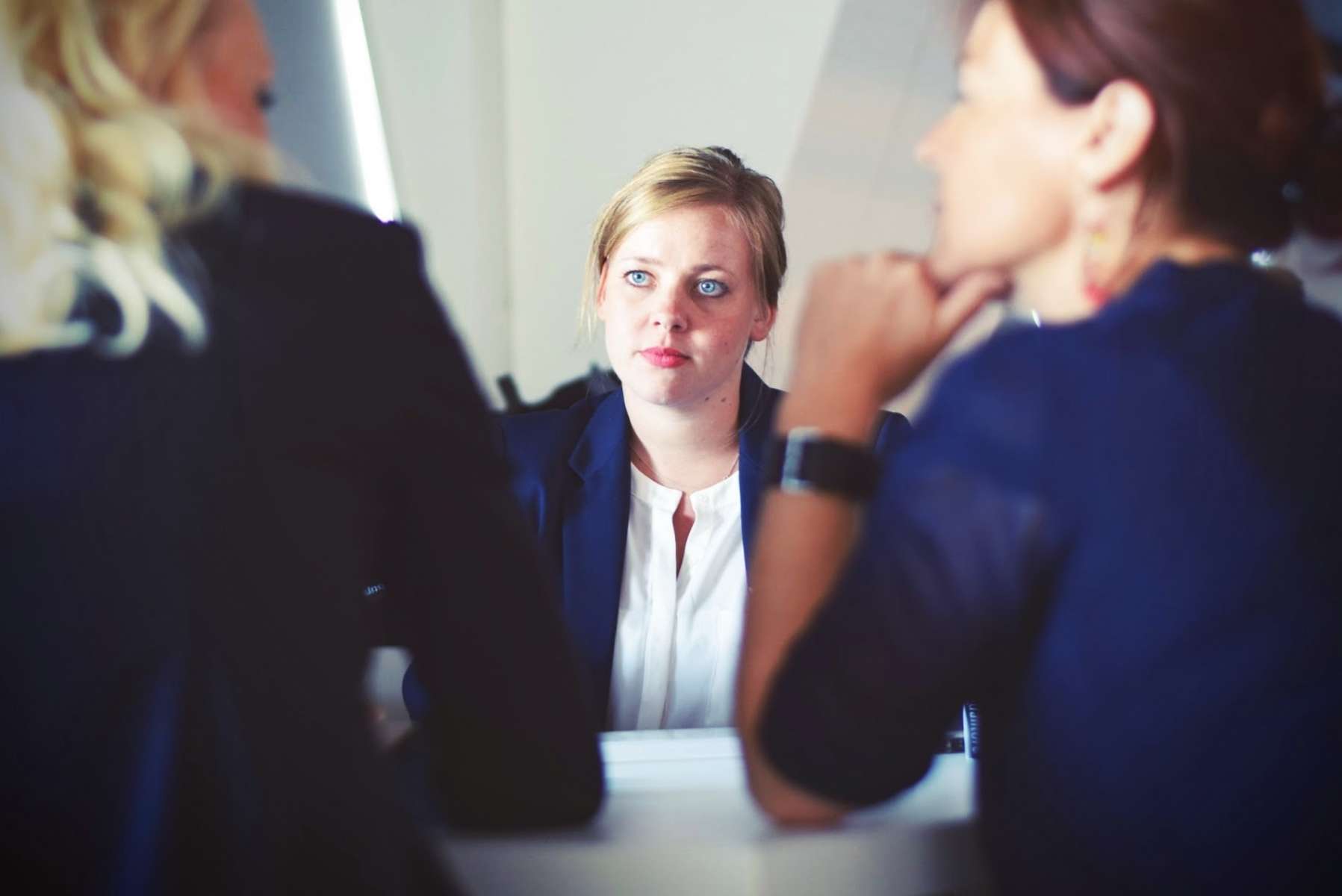 8 Rude Job Interview Questions and How to Respond

Is there anything worse than job hunting? Sure, getting chased by a bear, or stuck at the bottom of a well, or waking up in the belly of an alien spaceship a thousand light-years from home. But in the course of the everyday mundane life? The only thing worse than looking for a job is interviewing for a job. All of a sudden, it’s hard to remember how humans make small talk. Even though you practiced in the bathroom that morning, you can’t, for the life of you, curate a comprehendible response to an interview question about your leadership skills. And the absolute worst thing (aside from getting stuck in a well) is when your interviewer asks you rude questions, and you don’t know how to respond. Here are eight common rude job interview questions and how to tackle them head-on.

“If you were a pizza delivery driver, what would you do with scissors?”

These kinds of brainteasers are supposed to test your creativity and ability to think under pressure. For a while (we have Google to blame), riddles were all the rage in interviews. They make the interviewer feel clever but didn’t reveal much about candidates. Thankfully, they’re falling out of fashion. If you’re asked one, don’t panic, and try to approach it as you approach work problems, which they’re most likely trying to get at.

“Do you think you’ll be able to keep up with the young people on the team?”

Questions about age are a form of discrimination, so employers find ways around them, like this gem. Disregard the “young people” part of this job interview question and bring up your past relevant experience with demanding jobs. Interviewers may ask when you graduated college as another work-around to the “how old are you?”. Don’t bite; pivot to talk about your work experience since college.

“Are you on birth control?”

The more tempered version of this question is, “Where do you see yourself in five years?” They’re interviewers’ ways of finding out if you’re going to be taking maternity leave in the next decade. You’re under no obligation to answer, and the question itself is discrimination. Just keep it upbeat and say you won’t be discussing your medical history during the interview. Even if you get the offer, you may want to keep job hunting for a new gig ASAP.

“How has living with your disability shaped you?”

An interviewer may think they’re asking about your character, but they’re actually violating the ADA act, which has provisions to make these job interview questions illegal. Instead, if you still want the job, tell them about a transformative work experience–a great boss, a team you worked with, or a work challenge you overcame and how it shaped you.

“Have you thought about losing weight?”

Hopefully, these inappropriate questions will disappear after we all come out of quarantine 15 pounds heavier. But the power dynamic of interviewing reveals the worst in some people, including fatphobia. If you decide you still want the job, give a cheerful “Nope!” and keep the interview moving.

“Have you been arrested?”

You don’t have to answer questions about your arrest record, but convictions aren’t a protected category, so you should be forthcoming about felonies. For those who have a past arrest, you can use a humorous story about teenage hijinks to talk about learning responsibility. But you can also disregard the premise and focus on how you look forward to working for a company with strong character and morals.

“Isn’t everyone who works at [your last job] an idiot?”

If you work in a small industry, an employer may present questions to interviewees regarding the previous companies on your resume. Don’t let the interviewer get your heckles up. Use the question as an opportunity to talk about why you’re a good fit for the current company without mentioning your past employer.

“Where do you go to church?”

Like many of the rude questions on our list, this one is also illegal. Interviewers can’t ask about your religious affiliation. Depending on where you’re job hunting, your church affiliation might be a considerable part of your identity. Try to sidestep this portion of the interview by offering questions to interviewers about your availability to work an occasional night or weekend when needed. If they push the issue, cheerfully tell them you don’t bring religion into the workplace and highlight your focus while on the job.