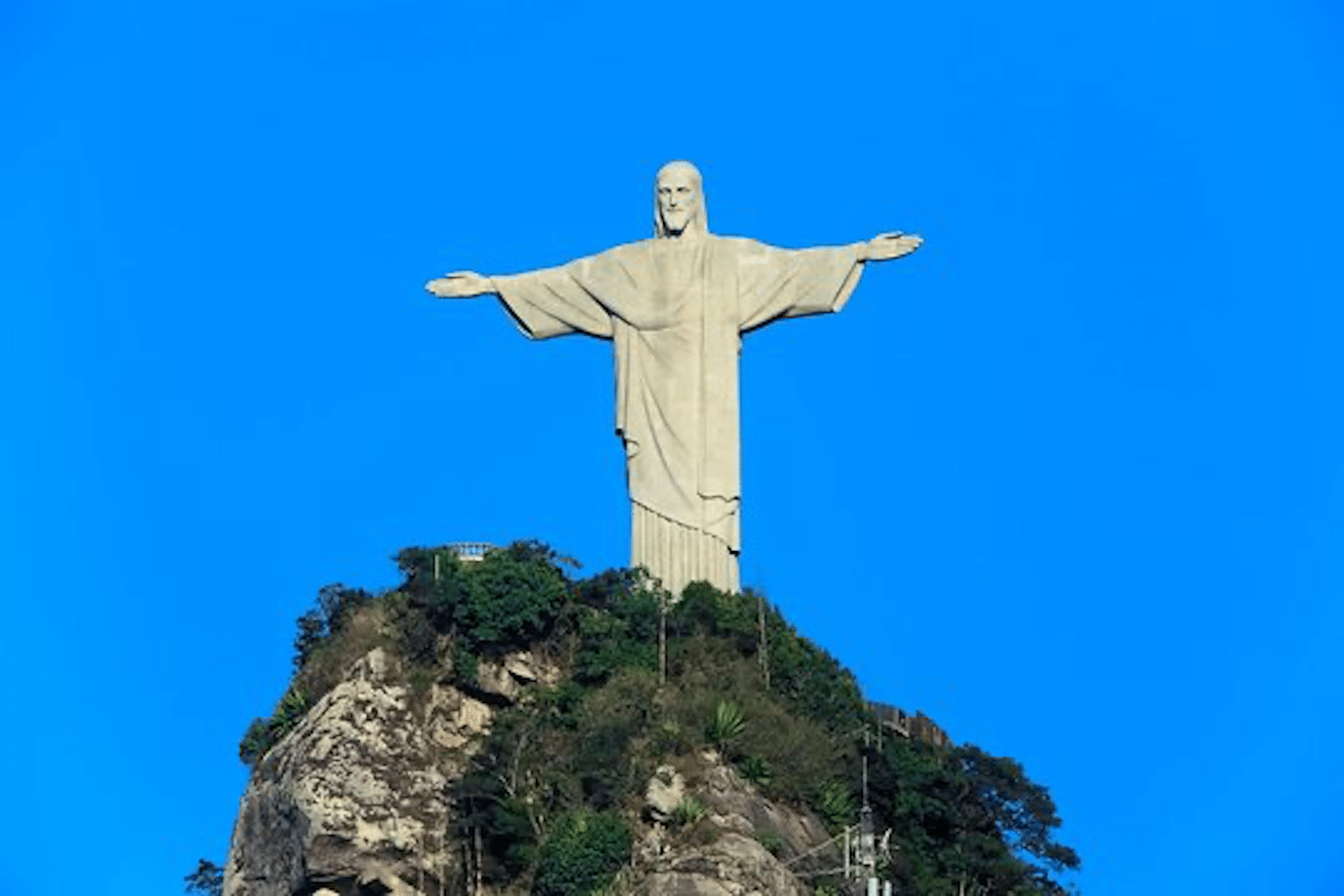 8 Famous Statues & Monuments You Must See Around the World

Sculptures have been created by humans since the beginning of visual artistry itself. These three-dimensional forms have always been one of the ways people express their creativity, from the prehistoric paleolithic period to ancient Rome and Greece to relatively recent years with celebrated artists like Jeff Koons and Andy Warhol. Every culture around the world has created unique sculptures that have become part of the nexus of the global arts — well-known forms that are identifiable by almost everyone! How many of the most famous statues and monuments around the world do you recognize?

This famous marble statue is thought to depict the goddess of love, Aphrodite, or possibly the Greek sea goddess Amphitrite. It has been dated all the way back to 150 BCE. While the sculpture originates from Melos, a Greek Island, it now resides in the Louvre museum in Paris, France.

The sculptor who created the Venus De Milo is “Alexandros, son of Menides, citizen of Antioch of Maeander.” Antioch was an ancient Greek city that played a huge role in history. The Venus De Milo is notable for its missing arms and classical yet innovative attributes.

Popularly known as “the bean,” Cloud Gate is one of the most photographed modern public sculptures. This sculpture located in downtown Chicago, Illinois.

Cloud Gate was crafted by British Indian artist Sir Anish Kapoor in California but was assembled on site. Kapoor notes that the sculpture was inspired by liquid mercury, funhouse mirrors, and the concept of transubstantiation. It’s been featured in many Chicago-based films, shows, and Instagram posts.

Interesting fact: Since Cloud Gate is a public work, it gets touched often — by a lot of people. To keep it shiny and reflective, the sculpture is given a deep-detailing twice every year.

The Angel of the North

The sculpture is impressively-sized with a height of 66 feet and a wingspan of 180 feet — thought to be the largest angel sculpture in the world. Gormley created the sculpture from steel to serve as a memorial to the town’s coal-mining industry and representation of the transition from “industrial to the information age.”

Interesting Fact: Locals were initially worried that the statue would cause traffic accidents by distracting drivers.

The Great Sphinx of Giza

This famous ancient Egyptian monument will be instantly recognizable to many people! It depicts a sphinx, a mythical creature with a lion’s body and human face — in this sculpture’s case, the human face is thought to be a 4th dynasty Pharoah known as Khafra.

Located on the Nile river’s west bank in Giza, the Great Sphinx is thought to have been created in approximately 2500 BC. It’s crafted from limestone and is 66 feet high and 240 ft long.

Interesting fact: this sculpture seems to have been abandoned by its original creator before completion; an archaeologist discovered signs of abandonment including tools and lunches that suggest the project was ditched in the middle of construction.

This huge art deco sculpture of Jesus Christ looms over Rio de Janeiro, Brazil at a combiner height of 124 feet. The statue measures 98 feet and it’s atop a 26-foot pedestal.

The Christ the Redeemer sculpture was executed by an A-team of sculptors and engineers. It was designed by Paul Landowski, a French artist, and constructed by Brazilian engineer Heitor da Silva Costa with Albert Caquot, a French engineer. Finally, Christ’s face was carved by Gheorghe Leonida, a sculptor from Romania.

Interesting fact: the $3.5 million price tag of this sculpture was funded entirely by the Catholic population of Brazil.

Known as “the smallest attraction in Copenhagen,” this famous Danish statue depicts the fairy tale figure created by Hans Christian Anderson and popularized as Ariel by Disney.

This 4-foot bronze sculpture was unveiled in 1913 and created by Dutch-Icelandic artist Edvard Eriksen. It sits atop a rock in the waterside of the Langelinie promenade.

A globally known masterpiece by Auguste Rodin, The Thinker, was the first cast in bronze in 1904. The first-ever version was created in 1881. It was a smaller version and made from plaster. There are now about 28 castings in existence in various cities and museums around the world.

The earliest bronze casting is presently located in the National Gallery of Victoria, an art museum in Melbourne, Australia. Rodin originally created the figure of the Thinker as part of a piece called “the Gates of Hell,” inspired by Dante’s Divine Comedy.

Interesting fact: Though “The Thinker” has become synonymous with the position of the figure in this sculpture — this statue was originally known as “The Poet.”

Have you ever wondered if your favorite actor or actress is from over the pond? Here’s a list of Britain’s best.

This unique monument is located at Nelson Mandela’s capture site outside of Howick, South Africa. It depicts the former president and activist in steel columns that show the face of Mandela when viewed from a distance.

The raw metal columns are anchored to the ground to represent Mandela’s unjust imprisonment. Marco Cianfanell created the sculpture to honor Nelson Mandela on the 50th anniversary of his arrest: August 5th, 2012.

Interesting fact: the sculpture comprises 50 columns to represent the passing of 50 years between Mandela’s arrest and the sculpture’s creation.

What You Need to Plan for Besides Your Wedding Guest List

Writing a Press Release? Here are the Do’s and Don’ts

Playing the Lottery Online: Everything You Need to Know