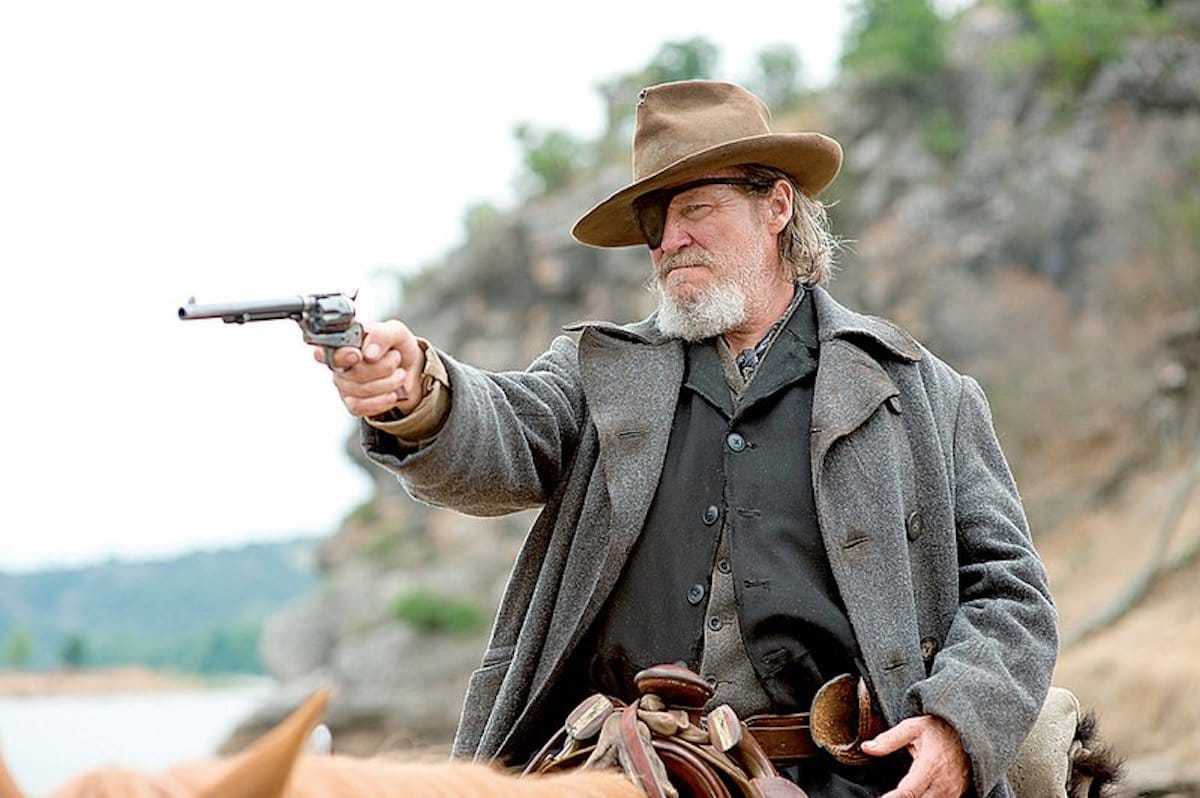 There’s nothing like a revenge story. In many ways, they appeal to our sense of justice and righteousness; A lone hero out for justice after they’ve been wronged or humiliated and the genre of Westerns fit perfectly into that revenge story. In an era of vast wilderness and outlaws, frontier justice was the way of the lane. One prime example is the novel True Grit, originally written by Charles Portis in 1968 that tells the story of a young woman who enlists the help of two lawmen to track down the criminal who murdered her father. The novel sparked two film adaptations, one released in 1969 and the other in 2010, have been lauded as masterpieces of cinema so the question now is which version should you watch? Let’s break it down.

Let’s start with the cast; John Wayne, Kim Darby, Glen Campbell, Robert Duvall and Dennis Hopper. On paper, that’s a great cast but Duvall and Hopper are relegated to supporting roles and it wouldn’t be until later in their respective careers that their roles were emphasized for marketing purposes. The big draw was John Wayne and in the 50’s and 60’s, John Wayne was basically the go-to actor for any western film. His starring roles are too numerous to list here but he had garnered a reputation as playing the gruff lawman out for justice.

It would later go down in Hollywood lore that Wayne would win his one and only Academy Award for portraying Rooster Cogburn but the question has long followed that win of did he truly deserve? That year, Wayne was up against some stiff competition for the Oscar including Richard Burton, Dustin Hoffman, Peter O’Toole and Jon Voight. He managed to beat all of those legendary actors but after watching Wayne in True Grit, I’m not convinced he deserved to win. He’s not quite actin and just seems to be playing drunk. He definitely takes full advantage of his long drawl as well as relying a bit too much on his screen premise and reputation as John Wayne. What’s truly disappointing is that we don’t get a true sense of the character’s badassery until the very end when he faces down a gang on horseback with guns drawn.

The young woman of Mattie Ross is less of a strong headed young woman and more of a damsel in distress as her role is diminished in deference to Cogburn and the young Texas Ranger, La Boeuf played by country artist Glen Campbell. Ross, portrayed in the film by Kim Darby, is ultimately robbed of the chance to avenge her father as Cogburn shows up to save the young woman and dispassionately killing Tom Chaney. La Boeuf is still the arrogant Ranger but the relationship between him and Cogburn is softened as their rivalry becomes more playful ribbing than a transactional partnership. His character also dies from wounds sustained while fighting Chaney and is abandoned on a hilltop.

As far as filmmaking criticisms go, 1969’s True Grit is more of a victim of its time than anything else. The costumes are bright and not exactly period accurate and the film is bright and I mean bright. There is no need to adjust the brightness on your television as the film is constantly in daylight and even during the brief night scene, it’s still bright for the middle of the evening. The soundtrack, which includes a song performed by Campbell, doesn’t quite equate to the tone of the film. Elmer Bernstein’s feels like it would be more suited to a sequel for The Magnificent Seven rather than a revenge story. You’re often lead to forget about the seriousness of the film in favor of the fun almost bouncy score of the film.

Directed by the Coen Brothers, the remake stars Jeff Bridges, Hailee Steinfeld, Matt Damon, Josh Brolin and Barry Pepper. Bridges was fresh off his Oscar win for Crazy Heart and had fully managed to shake off the reputation as a comedic actor and had transitioned into a well-rounded leading man capable of any role. This iteration of the story focuses more on Mattie’s perspective and emphasizing aspects of the character from the original novel that were glossed over in the original film including her faith and struggles to lead the Ross farm following her father’s murder.

Bridges manages to be both physically imposing and fully immersed in his interpretation of the grizzled lawman and this largely in part to the brilliant work of legendary cinematographer Roger Deakins who makes the 6’1” Bridges seem like he’s 7 feet tall. His voice sounds a little like the voice he chose to use in Crazy Heart but you never once doubt that Bridges is Rooster Cogburn. He’s proficient in weapons, he’s an excellent horseman and grows to become fully invested in Mattie’s mission for justice. Hailee Steinfeld manages to hold her own against her two male costars and in this go around, she’s allowed the chance to exact frontier justice on the man who destroyed her family. Her care for Cogburn isn’t puppy love but it’s appreciation for the man and how much he sacrificed to get her justice and his care for her well-being.

Matt Damon even manages to play a more despicable La Boeuf than Glen Campbell would’ve been capable of pulling off. Would you think that an artist who performed a song titled “Rhinestone Cowboy” could pull off playing a Texas Ranger? That’s no slight against Glen Campbell, he’s a legendary country artist but he was ill suited to play a lawman. Damon’s La Boeuf manages to loom over Mattie as he never wants her to be a part of this posse and he constantly condescends to her and Cogburn every chance he gets. The film also manages to feel grander than its 1969 counterpart thanks in part to the wide open spaces of New Mexico and west Texas.

Both versions of the story are great but it all comes down to personal preference; are you looking for a light, fun and sometimes serious John Wayne adventure film or do you want a darker, fully serious revenge film with a stellar cast? The 1969 version certainly has its merits and Rooster Cogburn is Wayne’s most iconic role but that’s about the film’s only saving grace when compared to the Coen Brothers version. The 2010 version manages to pull off what few remakes set out to do; outdo its predecessor and tell the same story in a refreshing way. Jeff Bridges turns in a performance for the ages and Steinfeld stays true to the character of Mattie and the Coen Brothers put out a film that belongs on the Mount Rushmore of their career.