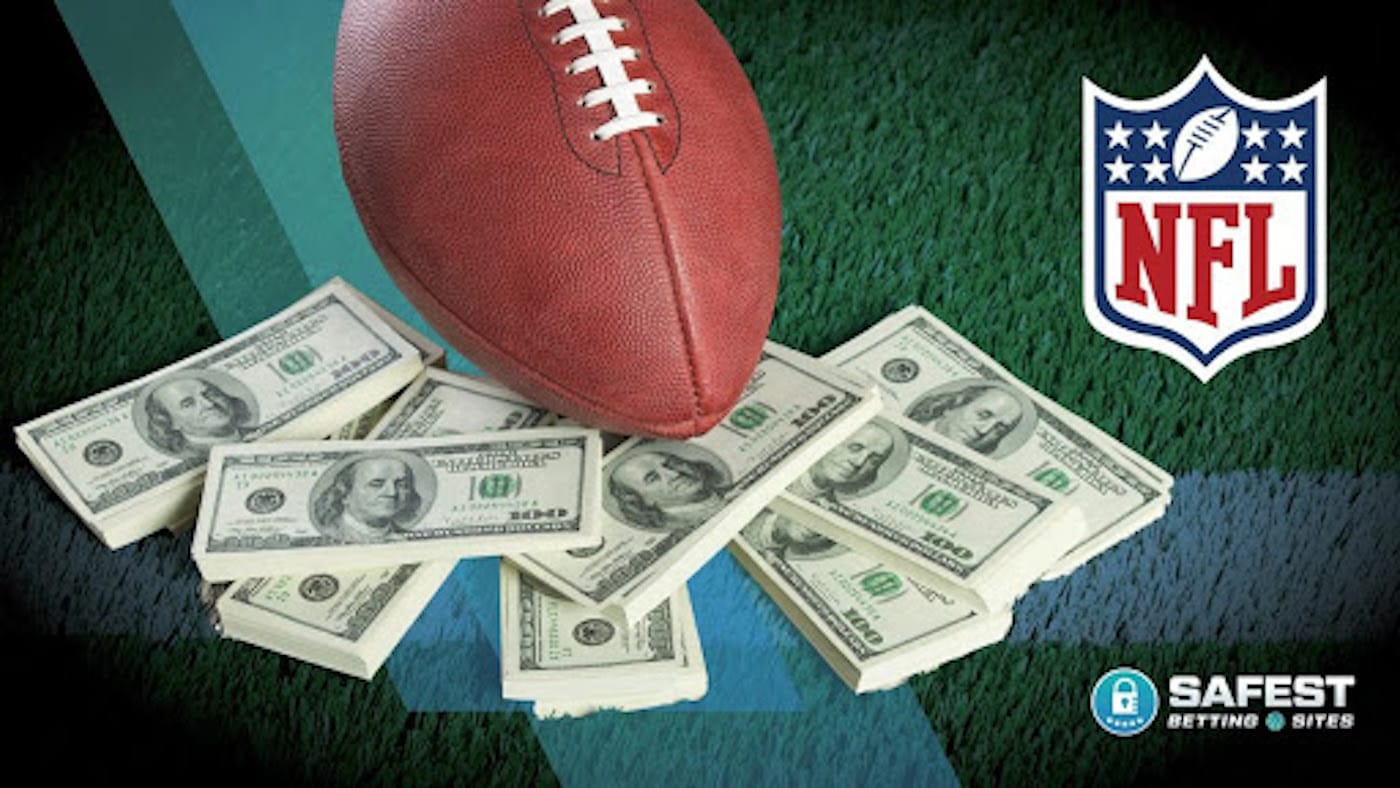 Understanding Types of Bets For The 2021 NFL Season

The NFL season commences shortly, and it is crucial to be prepared for the extensive wagers that each sportsbook offers. The NFL is the most popular sport in America; it attracts the most viewers and the highest wagers.

It is crucial to understand what each bet means to have an informed opinion when approaching your betting. The most trusted and reliable NFL sportsbooks generally offer similar propositions across the board, so having a broad understanding of the market will be your first step to a successful NFL season.

An Over/Under bet is one of the most popular wagers in football. Simply put, an over/under bet is a proposition on the total number of points scored. The most common bet is on the full game total; how many combined points will be between the two teams, and will it go over or under the predetermined line.

However, more specific bets stem from the over/under idea if you wanted to be more precise with your wagers.

Sportsbooks offer totals for each quarter/half, individual team totals, and proposition totals on various players. It is favorable to have a wide variety of wagers offered so that you can tailor your bets to your handicapping.

If you believe the New York Giants have a big home-field advantage, their team generally decides to receive the kickoff, and they will get out to a hot start; it may be in your interests to take the first half TT (team total) over. There could be more value in that bet than taking Giants full game TT over because you believe certain external factors are not priced into the first half-line.

This is just one specific example of how you can use the extensive selection of wagers to your advantage.

Another form of betting totals is season-long win totals offered by sportsbooks. Before the regular season starts, books put out a line based on how many wins or losses they believe each team will have. These totals tend to move throughout the offseason based on all the news that is constantly dropping.

A very relevant example has to do with the Aaron Rodgers news. The consensus from the public and Las Vegas sportsbooks was that he would retire or not play for the Green Bay Packers for the 2021-22 NFL Season.

Sportsbooks across the globe have factored this into their market line for the Green Bay Packers win total. Most sportsbooks had odds in favor of Aaron Rodgers retiring rather than returning to Green Bay or playing for another team.

The volatility in these markets makes it possible to get a strong closing line value. If you have conviction in an off-season move occurring, it may be a good idea to take one of these propositions as the risk/reward is generally in your favor.

Below are some of my favorite team over/under bets for the upcoming season:

Admittedly, the Broncos were one of the most frustrating teams to watch last year. They were impressive at times but far too inconsistent with sustaining a respectable record. I am expecting a much improved Broncos team to take the field this season.

I understand there are issues at the quarterback position; I believe giving Drew Lock the entire offseason to mesh with the young wide receiving core and familiarize himself with the playbook will pay off in a big way. Last year, Denver wide receivers had the highest drop rate percentage of on-target passes, so they did not do a great job of helping him out.

They also had to force Jeudy into an uncomfortable role as he thrives in the slot position. Cortland Sutton, K.J Hamler, and Noah Fant showed a lot of promise last season, and taking that next step up will be vital in alleviating some pressure from this passing game. If not, they have Teddy Bridgewater, who is a reliable fallback.

Regardless of how either one pans out, we have seen subpar quarterback play get carried by the elite defense for a few years now. Blake bortles got carried to an AFC Championship game in Foxborough that almost ended in a win, and Mitchell G*d damn Truibusky posted a 12-4 record. The Broncos have the best secondary in the NFL.

Kyle Fuller and Patrick Frank Surtain II are a stifling duo, and Simmons with Kareem Jackson at safety is trouble for opposing quarterbacks. The defense, which was already top 10 in sacks, get back Von Miller and Bradley Chubb to command the ship. I simply do not see any weaknesses in this unit.

Even though the LA Rams are in the strongest division in the NFL, eleven wins seem well within reach. The rams went 10-6 last year, predominantly carried by their #1 overall ranked defense.

It’s unlikely that the Rams will boast the top defense in back to back seasons, but much of their success in 2020 came from controlling the line of scrimmage, game clock on offense, and simply play; the LA Rams defensive line is one of the deepest and most talented groups in the league.

On the offensive side, the Rams ranked 22nd in the NFL in 2020, the main hindrance to a more successful season. However, they are bringing back most of an offensive line, which ranked 3rd amongst OLs.

Last season, Jared Goff was pressured on fewer than 30% of passing plays than a league average of just over 35%. In addition, they boast one of the most solid and consistent wide receiver cores in Robert Woods, Cooper Cupp, and DeSean Jackon.

Lastly, the addition of star quarterback Mathew Stafford makes Ram’s once mediocre offense much more dynamic. Stafford has a chance to prove he’s among an elite tier of QBs in the league and has the weapons around him to make some serious noise this upcoming season.

The Patriots are coming off their worst season since 2000, ending with a 7-9 record. This was largely due to extensive injuries and poor quarterback play from Cam Newton. The Patriots made a huge splash this offseason, signing Jonnu Smith, Hunter Henry, Nelson Agholor, Kyle Van Noy, and Matthew Judon.

These additions will improve the Pats on both sides of the ball. In addition, they are getting LB Dont’a Hightower back from his season opt-out due to COVID-19.

Furthermore, the Patriots boasted the fourth-best running offense in 2020, with a dynamic RB trio of Damien Harris, Sony Michel, and James White. Despite this, the Patriots ranked 27th in overall offense, largely due to a major lack of success passing the football.

This is likely to change both due to an influx of playmaking talent and the addition of Mac Jones. While Newton is likely to start the job if he struggles, he looks for Mac to take over the reins quickly. The fit of  Bill Belichek calling the shots, expect a clean bounce back from the Pats, whose revamped roster should allow them to stay atop defense and transition into a more balanced, dynamic offensive attack.

Lastly, the Patriots have the tenth easiest schedule according to ESPN, and it is likely we see them back in the playoffs next season.

Carolina went an underwhelming 5-11 last season, and despite not having superstar running back Christian McCaffery for most of the year, I don’t see them turning things around quite yet. They ranked 18th in team defense and 24th in team offense, and while most feel that their offense is due for drastic improvement with the addition of Sam Darnold,

Yes, Darnold had fewer weapons at his disposal, but it seems like a stretch to automatically assume he will be putting up superior numbers to Bridgewater’s 2020 season. In addition, while getting McCaffery back is sure to have a positive impact, it might not be as significant as most think. Last year, Mike Davis flew under the radar but put up a solid 650 yards on 165 attempts, averaging to just under 4 yards per carrying.

For reference, when healthy, McCaffery averaged 3.8 YPC last season. McCaffery is an elite talent, but it’s unlikely that he turns them from a five to eight-win team. Overall, the Panthers win total for 2021 revolves predominantly on the play of Sam Darnold, as the rest of their roster remains primarily unchanged, aside from a few minor signings.

If Darnold can break out this upcoming year, we could see the Panthers mold into a fringe playoff team, but they seem more likely to end up in the 5-7 win range.

As a sports bettor, it is crucial to look for a few critical things in a sportsbook. These include betting options, fast payouts, quality customer support, safety and security, and an appealing user interface. Bovada, MyBookie, and BetUS are three sportsbooks that have all of these. In addition, BetUS is offering NFL deposit bonuses up to $2500, while MyBookie offers bonuses of up to $1000.

The NFL season is tricky. Sportsbooks know people love to get involved in wagering on this league, so they post the largest variety of bets. This means that sportsbooks are potentially vulnerable because it is hard to be sharp across many different markets.

Although things get a lot of attention, there are still edges to be found. Making sound decisions and truly understanding the reasoning behind taking your over/under bet will help you bring your best self to the counter this season.