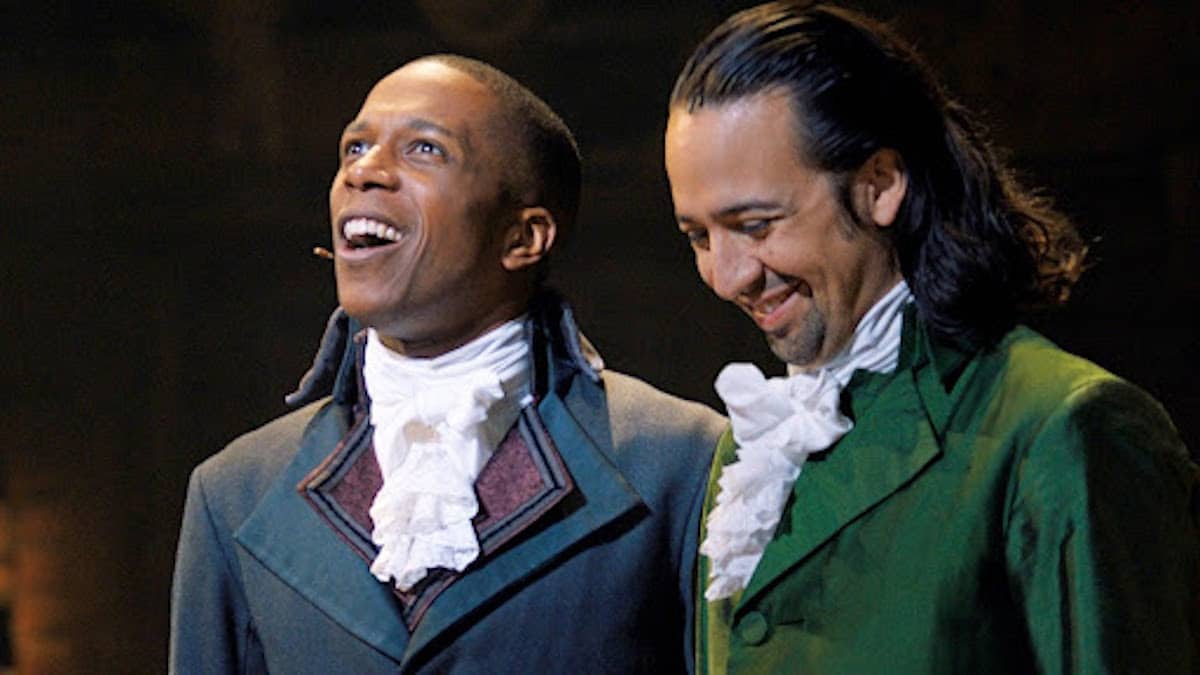 22 hours ago by UrbanMatter Staff

You have probably heard a lot about the groundbreaking musical Hamilton, but I bet there are still some things you don’t know about it. We will be sharing with you notable and fantastic behind the scene facts about Hamilton’s stage performance and the film as well. Surely a musical as historic as Hamilton will have a lot of behind the scene details. Lin-Manuel Miranda really did a great job, writing and producing such an amazing job. Hamilton took lots of work and some years before it came into the limelight, but as we all can see, it was totally worth the wait. Hamilton attracted lots of accolades and interest from lots of people all over the world. If you are part of the lovers of Hamilton, the behind the scene facts will really interest you.

Here’s a compiled list of some behind the scene facts about Hamilton:

1. Hamilton Movie Was Shot In 3 Days

One would think shooting a movie like Hamilton would take a whole lot of time, but it didn’t. Hamilton took just three days to shoot it. In an interview with Thomas Kail, the movie director, he said, “We shot the whole thing in 3 days June 26th, June 27th, and June 28th of 2016. So we captured two live performances: A Sunday matinee and a Tuesday evening performance. And then we had a little bit of time Sunday night, we had a little bit of time Tuesday morning, and then we had all day Monday to be on stage without an audience. So the show that we did with an audience did not stop. The cameras were positioned in the audience, and the audience sat around them. All the cameras were in the house or off stage. And we just ran the show as we always did”. Seeing how talented the cast, director, and producers are, I guess we can’t be too surprised that a movie shot for just three days came out perfect. Be a part of Hamilton’s stage performance in Los Angeles theatres.

Get your Hamilton tickets in Los Angeles 2021

2. Hamilton’s Story Has Been On Broadway Before Miranda’s Version

Surprised right? Mary Hamlin wrote the first Hamilton story on Broadway in 1917. The name of the musical was also tittle Hamilton, and it made quite a hit then. A film adaptation was made from it and released in 1931. Mary’s Hamilton musical became a thing of the past as the years went by, but the emergence of Miranda’s version and the level of popularity it has is somehow bringing the old Hamilton into the limelight again.

Suppose you have seen Hamilton’s live performance or film version, who will agree with me that the first two major singles are a masterpiece. Miranda put in so much time and energy to ensure that they came out great. Other songs didn’t take as much time, but they all turned out fine as well. Miranda should serve as an inspiration to everyone working on a project. It may take so much to achieve your goal, but keep persisting; in the end, it will come out fine.

4. Miranda Added A Second Section To “Guns And Ships” Because Daveed Diggs Sense Of Rhythm was so impressive.

The extra section added to “Guns and Ships” was totally worth it. Daveed Diggs really did an excellent job with it. Definitely, it would have posed as extra work for Daveed, but he did a great job in the end. Besides, Miranda and the entire production team wouldn’t have added a whole section if they felt he couldn’t handle it.

5. The First Performance Of Alexander Hamilton By Lin-Manuel Miranda Was In The White House In 2009

The musical “Hamilton” was premiered in 2015, but before then, Miranda performed “Alexander Hamilton” during the White House Evening of Poetry and Music in 2009. The thing is, Miranda had been working on Hamilton for a long time, so an early version of Alexander Hamilton was ready at that time, and he wasn’t afraid to showcase it. Hamilton was indeed born for greatness.

6. “You’ll Be Back” Was Written By Lin-Manuel Miranda During His Honeymoon.

Miranda was indeed fully dedicated to the creation of Hamilton. He was supposed to enjoy his honeymoon with his wife but decided to add a bit of work.

7. Lin-Manuel Miranda Wrote Wait For Me On The Subway

Inspiration can come to anyone at any time. Miranda got the inspiration to write “you’ll be back” on the subway and went to work immediately despite his environment.

According to Alex Lacamoire, a musical director and orchestrator, Miranda wrote the middle section of “right-hand man” in the middle of a tech rehearsal. Due to a lack of time to get the newly written section typed, Alex had to work off of Miranda’s notes. That would have been quite frustrating, but Alex is a professional that knows how to work through any situation.

9. Lin-Manuel Wasn’t Sure Angelica Would Be A Character In Hamilton Before He Came Up With “Satisfied.

According to lin-Manuel, he didn’t think he would have the time to get into adding Angelica as one of the characters in Hamilton. “Satisfied” made that option non-negotiable. Angelica was a really strong and interesting character in Hamilton. It would have been a shame if she wasn’t a part of Hamilton.

10. Every cast member agrees that the most difficult part of the rehearsal process for Hamilton was “learning helpless and satisfied on a turntable.”

Rehearsing lines and choreographing is already a difficult task. Now, doing it on a round table is really going to be a lot. We have to give it to the cast of Hamilton that played in the “helpless and satisfied part”; they are really strong-willed and talented.