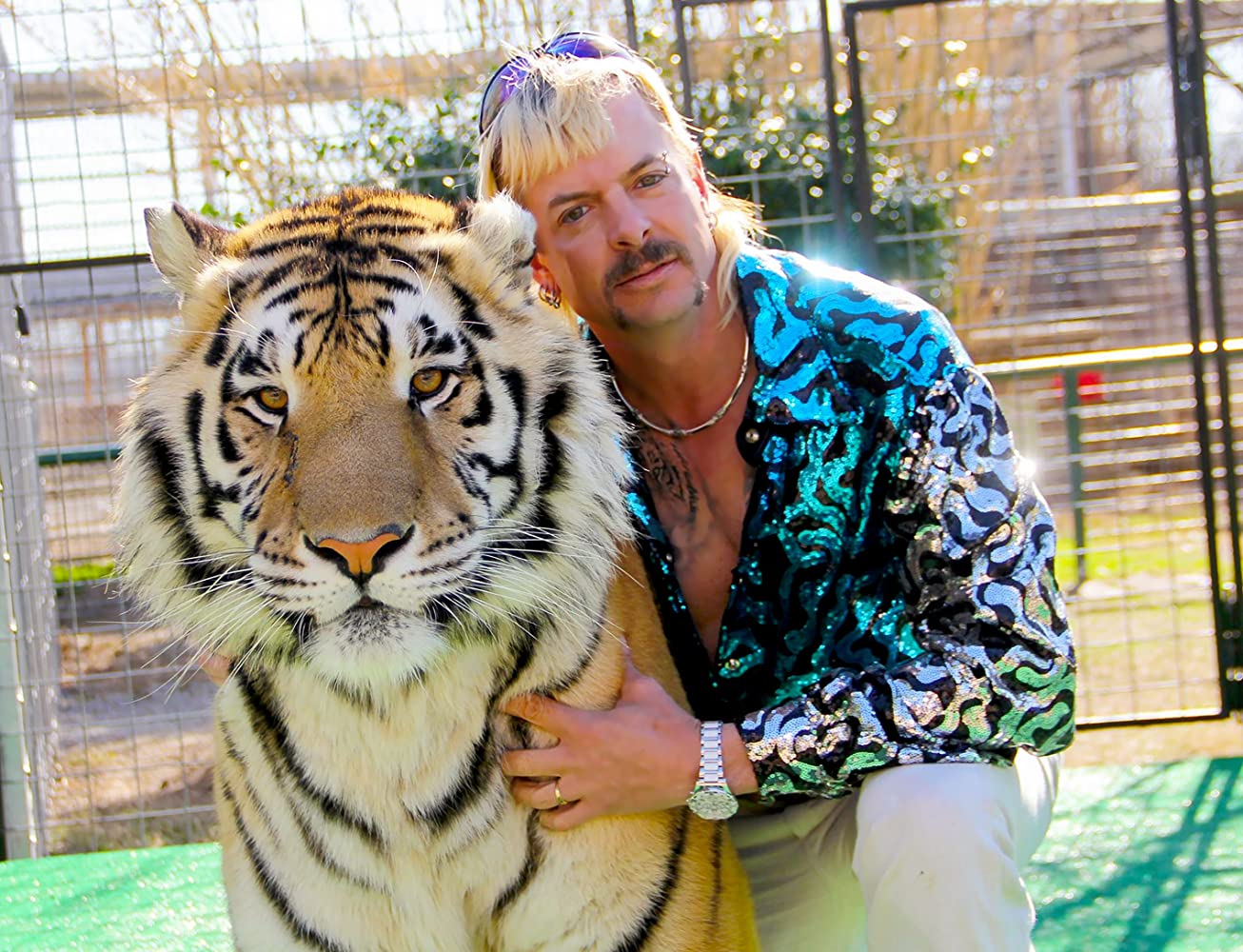 Me: “Tiger King cant be that weird”

Me half way through episode two: “What in the merry fuck is happening in this acid trip of a Louis theroux style nightmare”

So, What Is Tiger King?

While the Netflix platform is pretty famous and infamous alike for its veritable smorgasbord of content, one thing remains true: they seem to pretty keenly enlist content that draws an audience. This is most definitely the case for the docuseries now getting everyone’s attention, a show titled Tiger King: Murder, Mayhem, and Madness. The show, which depicts the life and occupation of a real-life tiger breeder, a man with the stage name “Joe Exotic”. What stands out about this show, though, is not that it’s about tiger breeding. In fact, the draw mentioned on every industry source from IMDb to Variety, is the true-crime aspect that flawlessly entangles the subject of the series.

The show’s got tigers — that much is clear from the title and from the clever marketing, TV posters, and the Netflix trailer. But the thing that seems to keep people interested in the show has very little to do with the fact of big cat breeding — and more to do with the people. Joe Exotic, whose name only couples fantastically with his reputation as a polyandrous tiger breeder, is the prime focus of the show. What essentially starts as an exposure piece for the exploitation of big cats becomes an exhibition in its own right, sensationalizing Joe’s life for audiences at home by putting front-and-center the murder-for-hire plot in which he was involved: the plot directed at Big Cat Rescue CEO Carole Baskin, who, like others in the series, has a weird and storied past: hers purportedly involves feeding her late husband to tigers. Nevertheless, Baskin is featured as an activist for the advocacy of big cats like — you guessed it — privately-bred tigers.

Trump is going on about his News Conference ratings. The ratings for Tiger King are huge too. Because people LOVE WATCHING LUNATICS.

The things that draw us most to this show are, as indicated by the ravings on Twitter, the sensationalism of insanity and the fact that it’s something to focus on that isn’t entrenched in current Coronavirus and presidential concerns in the U.S. Clearly, even the original political appeal has been watered down in this series.

The show is far removed from its original goal, as it now focuses on salacity and on a lurid ghost of the activist spirit which initially inspired the directors to begin the show. The series intended to put a spotlight on a practice built on sensationalism and status now makes a point of drawing more attention to these features than to the practice itself. A Blackfish, it is not. That said, it’s considered something that people can watch for the wild and savage appeal that comes from indulgent true crime and reality television. In other words, it’s clear that Tiger King, exposé or not, serves the purpose of entertainment quite well for a large audience, despite its transition in message over the course of production.

Looking for something that will definitely demand your attention in the coming days? Tiger King: Murder, Mayhem, and Madness is available to stream on Netflix today.