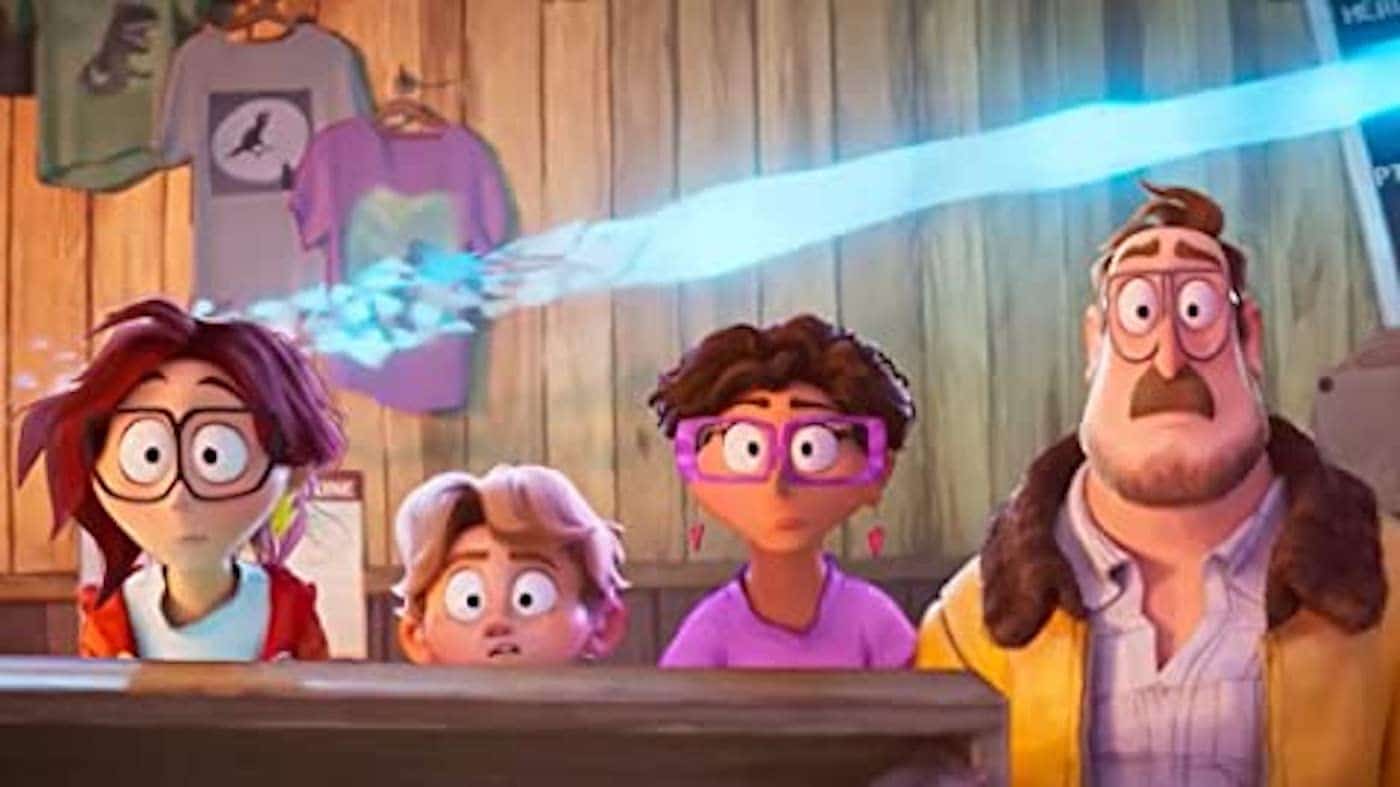 In the world of animation, there isn’t much competition after Pixar. Their films have grossed billions of dollars and have won a total of 11 Oscars for Best Animated Feature and with recent releases like Soul and Onward enjoying success during awards season and the upcoming Luca set to premiere on Disney+, the animation giant shows no signs of slowing down. But recently, a new competitor has entered the arena in Sony Pictures Animation as the studio has managed to release animated films that appeal to kids and adults alike with The Lego Movie and Spider-Man: Into the Spider Verse and their latest release, The Mitchells vs. the Machines finally premiered after numerous delays and title changes and with more quirky animations that seem to come straight from a teenager’s mind, humor that appeals to all generations and a message relevant in today’s technological wonder, the Mitchells prove they’re a family just like yours or mine.

The Mitchells vs. the Machines centers around the Mitchell family as eldest daughter Katie is preparing to leave her family in Michigan to attend film school in California and she is quite an accomplished short filmmaker as she mostly trends towards comedies involving her cross eyed pug Monchi as he embarks on police adventures. While her films are quirky, she does demonstrate a unique ability to find any situation entertaining or to find a creative way to put a flurry on a scene especially after a fun action sequence where she suggests the family walks away in slow motion while a building burns and Tomoyasu Hotei’s “Battle Without Honor or Humility” plays on the soundtrack and if you don’t know that song, you do because it was all over the marketing for Kill Bill. Katie’s parents, Rick and Linda, do their best to connect to their daughter but their efforts seem to fall short in Katie’s eyes. From Linda’s face cupcakes to Rick’s singalongs, they want to hold on the salad days of having children when they’re young and just want to have fun but thankfully there’s younger brother Aaron along with his borderline unhealthy obsession with dinosaurs to balance out the weird in the Mitchell family. It’s amazing how the film addresses this generational gap and when Rick realizes that his daughter became the creative and amazing person she turned out to be is because of how he and his wife parented her. Families are inherently weird. Think about it for a moment; there’s a couple of people who created you maybe with other siblings and now you have to love and support each other unconditionally. It’s a big concept to grasp when one is young but life has a way of teaching it slowly if not gradually.

The film is set against the backdrop of one final family trip as Linda experiments with Instagram filters, Rick wants to see obscure roadside attractions, Aaron wants to talk about dinosaurs and Katie just wonders why she’s in the car in the first place. On the other side of the country, a malevolent A.I. named PAL decides to rid the Earth of humans after being declared obsolete so it decides to create an army of robots to round up the humans and expel them into space and through a stroke of luck, the Mitchells find themselves the last free humans and are forced to become heroes and shut down PAL. So standard road trip adventures, right? Thanks to some clever camouflage, an impressive action sequence/nightmare fuel involving thousands of Furby’s and some hilarious antics from each member of the Mitchell clan, they manage to save the world.

Surprisingly, The Mitchells vs. the Machines has a lot of heart. Katie manages to find a way to connect to her dad after understanding what he had to do in order to provide for his family, Linda realizes she doesn’t have to live up to the ultimate Instagram family the Poseys who are fittingly voiced by Chrissy Teigen and John Legend and Rick finally understands that even though his kids are wildly different than him, they’re still his kids at the end of the day and the only thing he and wife can do is to just support them in whatever they decide to do. The animation is impressive and every frame seems to be ripped from a 17 year old’s doodle notebook and it’s the perfect movie to stream whether you’re watching by yourself or with the family. In a crowded market for animated films, sometimes the underdogs come in with an upper cut that is a complete knockout and The Mitchells vs. the Machines offers that.

The Mitchells vs. the Machines is directed by Mike Rianda and stars the voice talents of Abbi Jacobson, Danny McBride, Maya Rudolph, Mike Rianda, Olivia Colman, Eric Andre and others. It is currently available to stream on Netflix along with a limited theatrical release.

For reviews by Chris Rupp visit UrbanMatter and immerse yourself in his archive.