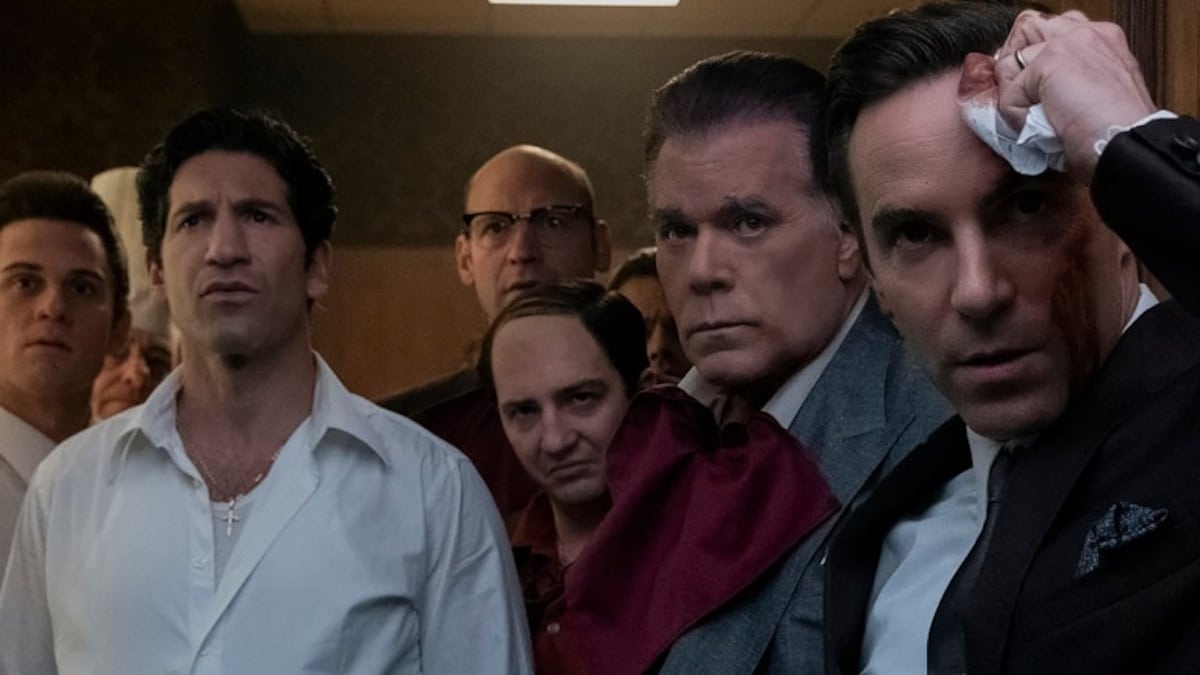 The Sopranos is one of the greatest television shows ever made but its final season left a bad taste in the mouths of critics and fans alike. While a sequel series was out of the question thanks in part to the death of James Gandolfini in 2013, a prequel was on the table from series creator David Chase and HBO Max recently released The Many Saints of Newark, a Tony Soprano origin story that chronicles the story of Dickie Moltisanti and roots of The Sopranos.

The film is an interesting take to not completely frame this as a Tony Soprano story but instead focuses on the forces that made Tony Soprano and specifically Dickie Moltisanti, the father of Christopher Moltisanti who was repeatedly mentioned throughout the series run as being murdered by an unknown assailant while he was carrying in a dinner tray that was supposedly for Christopher, who was only a baby at the time of the murder. We also see younger versions of the classic Sopranos characters like Livia Soprano, Paulie, Silvio, Uncle Junior and Johnny Soprano but Tony, portrayed by Gandolfini’s son Michael, is on the outside and while he does get up to his own shenanigans, he largely wants to stay out of the cosa nostra life. He admires Dickie more than his own father and wants to learn how to just be a man, not a made man.

A savvy viewer will recognize the numerous parallels between the film and the series in particular the scenes between Tony and his mother or the meeting between Tony and his guidance counselor feel eerily similar to the many sessions of an adult Tony visiting Dr. Melfi. The seeds of Livia Soprano’s animosity towards her son are planted in this film as Tony recommends his mother begin taking anti-depressants and the familiar phrase of “Poor you” manages to find its way into the screenplay. The parallels don’t end with just Tony and his mother, Dickie also takes on his deceased father’s girlfriend as his own in similar fashion to Tony’s murder of Christopher in the series and later supporting his widowed wife and young child. Dickie’s influence is strongly felt even down to his manner of dress as he routinely dresses in white muscle shirts and fancy suits as well as yelling “Oohh” whenever he hears something that’s disagreeable. Even Uncle Junior gets in on the similarities as he repeatedly fixates on the minor actions of other that he believes to be embarrassing and his tendency to overreact.

On the other side of the mob is the character of Harold McBrayer, portrayed by Leslie Odom Jr., an associate of Dickie who is often enlisted to clean up his mess or murder those who are interfering in his rackets. As a black man, Harold’s only way out seems to be a life of crime and at one point, causes him to go into hiding in South Carolina and after returning from exile, makes it his mission to build his own operation and needle Dickie every chance he gets by muscling in on his numbers racket and even sleeps with his girlfriend. This feud culminates in a shootout unlike anything seen in the series. Dickie seems to be outmatched by Harold and has to resort to lying in wait hiding behind a door with a shotgun in order to kill his foe. While this storyline doesn’t come to a satisfying conclusion during the film, Harold is set up to return in a possible sequel to this prequel should the fates align.

This is a world that feels seamless to the world established by the original show. We see the threads not only completed but we see their origins and the through lines of these compelling characters. The Many Saints of Newark explores morality in a way the original series didn’t quite accomplish and ends in a way that makes sense to fans of the show. That being said, this is not a film for the casual mob movie fan. It certainly helps to be familiar with the world of and the lore of the show otherwise you’ll feel lost as Junior remarks that Tony doesn’t have the makings of a varsity athlete.

VERDICT: 4 toupees out of 5

The Many Saints of Newark is directed by Alan Taylor and stars Alessandro Nivola, Leslie Odom Jr., Vera Farmiga, Jon Bernthal, Corey Stoll, Ray Liotta, Michael Gandolfini and Michela De Rossi. It available to stream on HBO Max until October 31st and is currently in theaters.