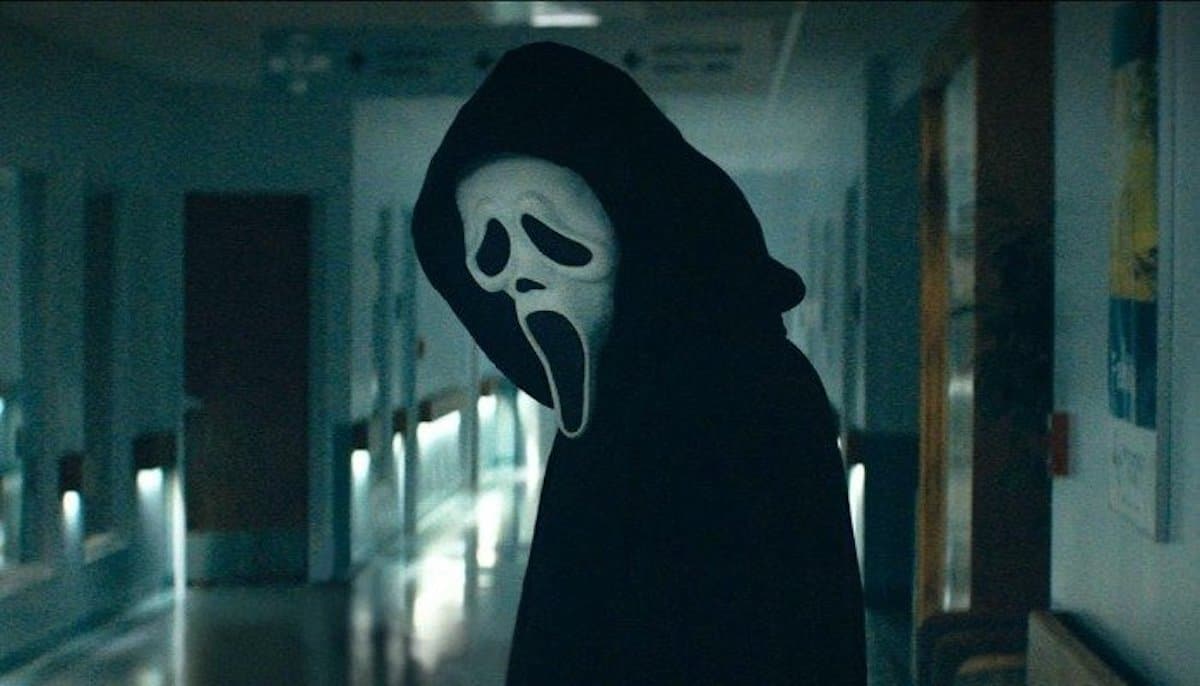 Legacy sequels are the new trend in Hollywood and they will not be going away anytime soon. Films like Blade Runner 2019, Terminator: Dark Fate and Halloween (2018) have proven that dedicated filmmakers can return to a beloved franchise and ignore years or even decades of mediocre films and the slasher genre is set to get its latest shot in next year’s Scream or Scream 5. The first trailer for this relaunch effort recently dropped and we’re here to break it down.

The trailer itself opens on a young woman named Tara who appears to be home alone and texting a friend named Amber when Amber seems to change her tone and calls Tara on the phone and an intruder manages to hack her smart home system to break in and brutally murder. The scene eerily echoes Casey Becker’s murder at the beginning of the original 1996 film that kicked off an entire series. The trailer then cuts to David Arquette calling Neve Campbell to inform her that her hometown of Woodsboro is experiencing a new round of murders that seem to be different than the previous series. The trailer makes good use of its returning actors of Campbell, Arquette as well as Courtney Cox and the original voice of Ghostface, Roger L. Jackson.

It quickly moves next to Sydney, Dewey and Gail introducing herself to the latest group of survivors and it is briefly mentioned that those who have been attacked so far are somehow related to the original killers. It’s unclear whether this in reference to Stu Macher and Billy Loomis, the killers from the original film or the killers from the other films in the franchise but it’s possible that this new version of Ghostface is targeting the killer’s families out of revenge or to gain some measure of notoriety.

The trailer closes with a series of terrifying vignettes as this new group is being murdered or is in the process of fighting off Ghostface and ends with a shot of Sydney possibly entering Stu’s house from the original film as the killer says “Hello Sydney, it’s an honor” implying some knowledge and possibly admiration of the original survivor. While the plot details are being kept under wraps besides a generic description, it has also been reported that multiple versions of the screenplay along with several different endings have been filmed as a way of throwing off reporters and potential spoilers. No matter who the killer is, audiences won’t have long to wait as Scream premieres in theaters on January 14, 2022

For more movie and trailer reviews from Chris Rupp, visit UrbanMatter’s entertainment section for all of his write ups — like this on one Shang-Chi and Marvel’s breakthrough into its next phase.