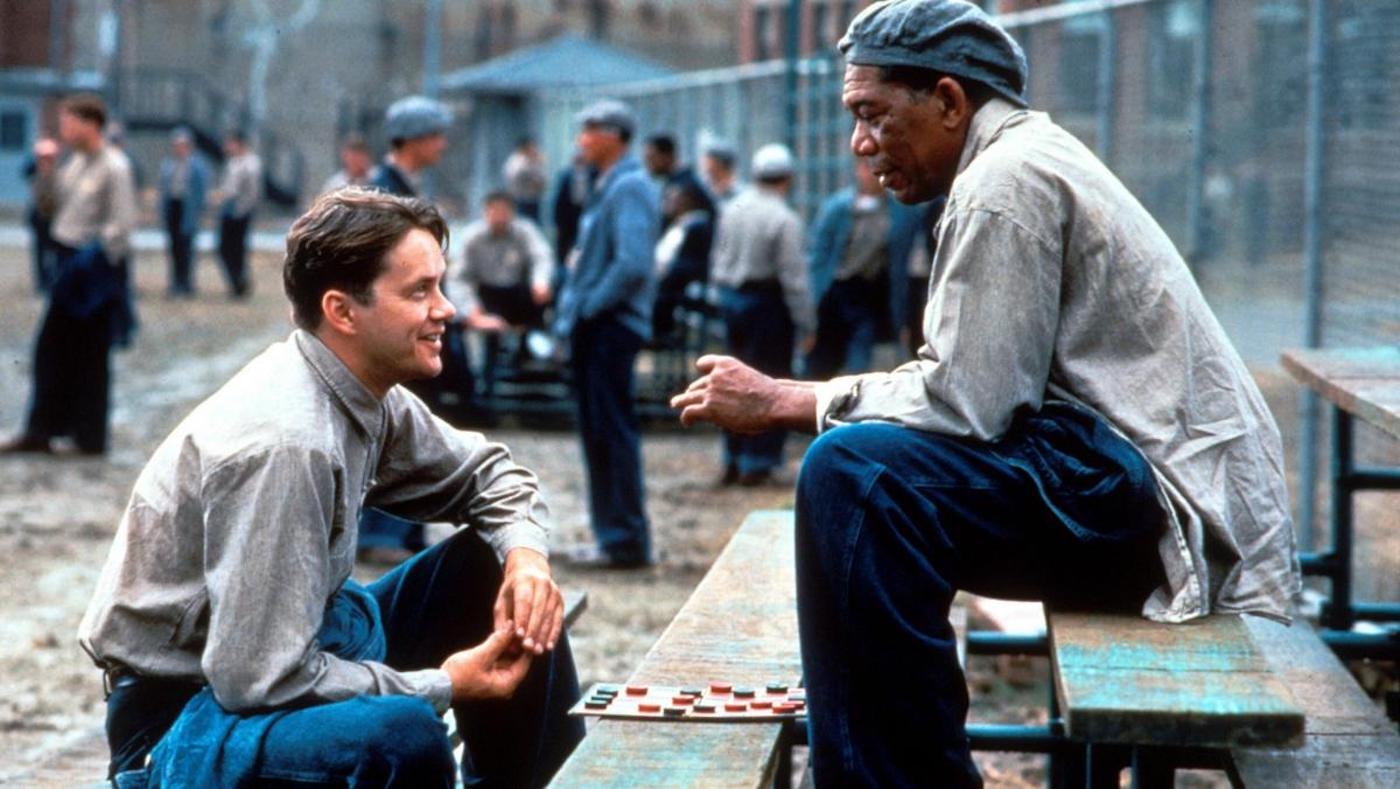 Several months ago, I did a dive into the films of 1995 and how we can still feel the DNA of that year even today. However, in this analysis, I had glossed over one of the most important years for Hollywood, 1994. This was the year that had everything; thrilling blockbusters, emotionally resonant comedies and tearjerkers all made a huge impact at the box office and in our hearts. Let’s do a deep dive and give 1994 in film its due.

Let’s start with the numbers. The year’s top ten highest grossing films including The Lion King, Forrest Gump, True Lies, The Mask, Speed, The Flintstones, Dumb and Dumber, Four Weddings and a Funeral, Interview with the Vampire and Clear and Present Danger combined to gross $3.796 billion. The highest grossing film of the year, The Lion King, even became the highest grossing animated film of all-time until it was surpassed by Toy Story 4. That was followed up by Forrest Gump which immediately became the darling of the Oscar ceremony and would take home 5 awards including Best Picture. The rest of the list is where the gross gets interesting as those films were only separated by about $150 million. In short, the competition was fierce in 1994 for the attention of the movie going audience. This year was filled with a murderer’s row of all-time great films so let’s take a look at some of those.

On the surface, Gump is a solid character study through nearly 40 years of history in the latter half of the 20th Century. The main character, played masterfully by Tom Hanks, navigates life in the simplest of terms. Gump isn’t aware he’s living through history, he’s just living it and happens to be a part of several pivotal moments in history while somehow managing to meet three Presidents, playing football at Alabama, being award a Medal of Honor and in the midst of all this, just wants to be loved by someone. If you look beneath that shiny veneer, Gump is really a baby boomer fantasy wrapped in Vietnam revision-ism that includes a killer soundtrack and a career defining performance from Gary Sinise that’s emblematic of an entire generation’s frustration following the disappointment of the Vietnam War.

This film, along with Ace Venture: Pet Detective and Dumber and Dumber (which would also release in 1994) helped to put Jim Carrey into the upper echelon of comedy stars. He would be able to carry a film just on his name alone in a rare way that only someone like Tom Cruise, Dwayne Johnson or Scarlett Johansson could do now. In an odd study of duality, Jim Carrey plays a mild mannered banker who finds a new confidence with the help of a supernatural mask that turns him into a green faced demon that wreaks havoc on his local city. The film’s special effects hold up well to this day and while the comedy can be dated, it certainly has some fun musical sequences and if you quoted today, someone would know what you are referencing.

If you want to talk about being unappreciated in your time, you’d need only to look at this classic directed by Frank Darabont and starring Tim Robbins and Morgan Freeman. This not only gave birth to the idea of a decent Stephen King film adaptation but also to the idea of Morgan Freeman narrating a film. While Shawshank has become one of the most revered films of all time, it was overlooked in 1994 in film having only grossed $16 million and while it was nominated for seven Academy Awards, it didn’t win a single one. It’s a timeless story of hope and friendship even in the darkest of times and it seems to be on television every weekend but just do yourself a favor and buy it so you can watch it anytime.

It’s impossible for me to pick which ones to briefly analyze here but Pitt had an absolute banner year in 1994 after starring in Legends of the Fall and Interview with the Vampire and while Interview has become the precursor to the idea of a sexy vampire film, Legends of the Fall is an underrated example of a historical revenge film. Legends had an all-star cast which included Anthony Hopkins, Aidan Quinn, Henry Thomas and Julia Ormond in addition to Pitt who received his first Golden Globe nomination for his performance. It features brilliant set pieces, amazing performances from each of its actors and Oscar winning cinematography from the legendary John Toll. Pitt also starred in the poorly received romantic comedy The Favor but his status as a leading was cemented as he would star in Seven the following year.

What can I say about this film that hasn’t already been said? The comeback of John Travolta, the emergence of Uma Thurman and Samuel L. Jackson and the cementing of Quentin Tarantino as one of the premier writer/directors of our time. In this anthology crime film, Tarantino weaves the tale of four interconnected stories that culminate in one of the most intense standoffs in cinematic history. Aided by the best screenplay of all time (yeah, I said it. Prove me wrong) along with incredible performances from top to bottom, this film has helped to fuel the debate as to whether this is Tarantino’s best film but given how great Once Upon a Time in Hollywood was, I think we still haven’t truly seen the best from Mr. Tarantino.

Before the Matrix or John Wick films, Keanu Reeves was known as being as one of the dopey kids from the Bill & Ted films as well as Johnny Utah in Point Break but his potential as a full action star wasn’t seen just yet and Speed was the film to do it. While Reeves is the star of the film, he’s bolstered from great performances by Dennis Hopper, Jeff Daniels, Sandra Bullock and Joe Morton. While the film itself has become parodied in the years since its release, it’s still manages to outshine some contemporary counterparts and has even become an overlooked entry in the action thriller genre. However, without Speed, Reeves may not be John Wick or Liam Neeson may not be attaching his name to mediocre transportation action drama films.

While the year of 1994 in film was filled with absolutely brilliant films, it also had a couple of duds. Let’s take a brief look at those:

A Low Down Dirty Shame

Let’s start with the rating, this film has a 0% rating on Rotten Tomatoes. Written, directed and starring Keenen Ivory Wayans, there isn’t one redeeming quality to this film. Wayans overuses slow-motion like he’s in a John Woo film and often times seems like a complete rip-off of the great Hong Kong action films. Wayans also lacks the screen presence of a Hollywood tough guy which is essential if you’re crafting a story about a former cop turned private detective who’s investigating the death of a drug kingpin. At the time, Wayans was well-known for starring in the pioneering sketch comedy series In Living Color and while it’s unclear if this film had a hand in ending that show’s run but given how poorly Shame was received, I can’t help but to think that.

The plot of this film is so ridiculous that it’s next to impossible to summarize. A young boy manages to divorce himself from his parents just because they don’t recognize his talents begins to travel the globe in search of new parents before he’s placed into an orphanage and the lawyers who originally won his divorce eventually plot to kill him. Weird right? North features an all-star cast which includes Elijah Wood, Bruce Willis, Jon Lovitz, Jason Alexander, Julia Louis-Dreyfus, Alan Arkin, Dan Aykroyd, Reba McEntire, Graham Greene, Kathy Bates, John Ritter and featured the film debut of Scarlett Johannson. The director of the film, Rob Reiner, had previously directed the films When Harry Met Sally, Misery and A Few Good Men so the hype was high for North and the film didn’t live up to those expectations after grossing only $7 million against a $40 million budget.

1994 in film was a year that showed what movies could be like. It cemented the status of the Disney Renaissance with The Lion King and established stars like Jim Carrey, Brad Pitt, Tom Hanks and gave us the debut of Cameron Diaz, Jessica Alba, Salma Hayek, Greg Kinnear, Jude Law, Ewan McGregor, Haley Joel Osment, Natalie Portman, Mark Ruffalo, J.K. Simmons, Andy Serkis, Chris Tucker, Mark Wahlberg, Kate Winslet, Kenan Thompson and Rachel Weisz. It’s a year that cemented Hollywood’s place in the 90’s and would give birth to even more profitable years and a new generation of stars.

How Does Instagram Help Businesses In Time Of Pandemic?