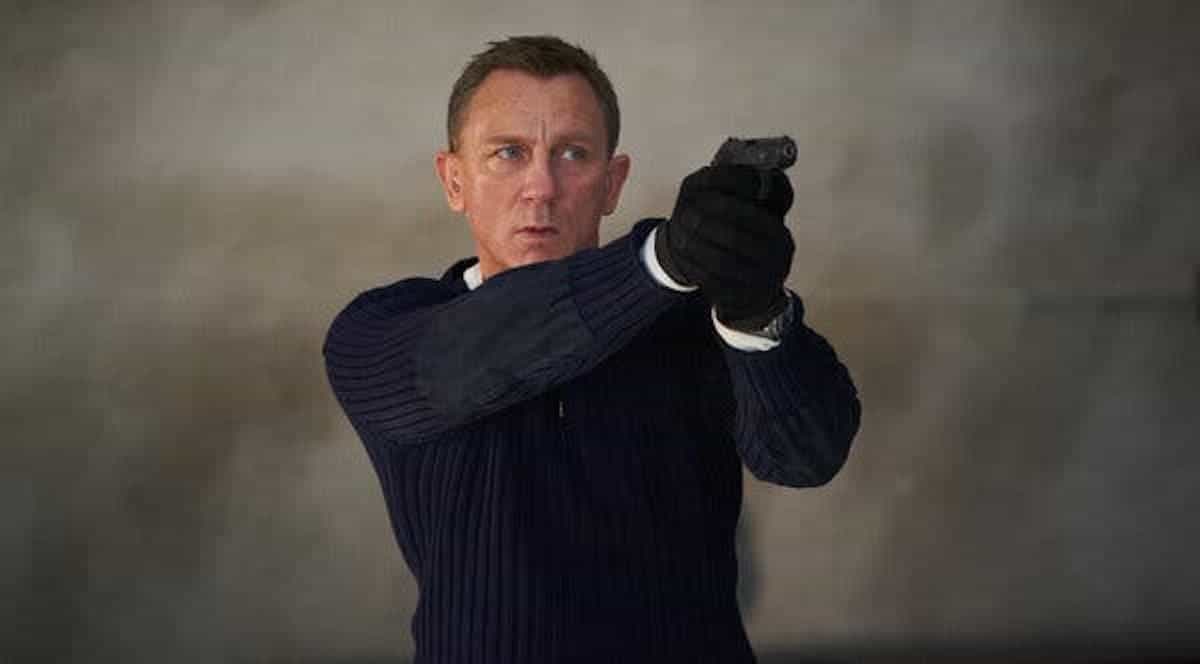 Fifteen years. That’s how long Daniel Craig’s theatrical run as James Bond lasted. A decade and a half of sustained success that elevated a dormant and stagnant franchise to new heights and has set a new standard for espionage films. With No Time to Die confirming Craig’s final involvement in the series, let’s take a look at the final film in Craig’s run, the actor’s legacy as 007 and where the franchise will go from here.

PLEASE BE ADVISED THAT THIS REVIEW WILL CONTAIN SPOILERS FOR NO TIME TO DIE. IF YOU WISH FOR YOUR EXPERIENCE TO BE SPOILER FREE, PLEASE STOP READING HERE.

While it is disappointing to see an actor of Craig’s caliber be done with such an iconic role, No Time to Die offers a fitting, but also meandering, conclusion to his character. As the film opens, he’s beginning a new life with Madeleine Swann and working to resolve his past trauma and feelings towards Vesper Lynd, the woman credited with breaking Bond. SPECTRE assassins arrive to disrupt his idyllic retirement and the film implies that Swann has somehow betrayed him. At the end of one of the most action packed prologues in the entire series that features a tricked out DB5, amazing stunt work and one of the most impressive looking motorcycle jumps in cinema, Bond dumps Swann at a train station and vows to never see her again.

Fast forward five years and Bond is living a quiet, drunken existence in Jamaica when his CIA counterpart, Felix Leiter, shows up to pull him back for one last mission. The mission? Find a kidnapped scientist who was developing a biological super weapon at the behest of Bond’s former boss, M. Bond is also introduced to the new 007, Nomi, who’s also been tasked with finding the missing scientist. Their dynamic is complex as the sexual tension is immediately discarded and Nomi reminds Bond that she now has the license to kill and as a private citizen, should stay out of the business of international espionage.

For the majority of the film, Bond is on the outside looking in and even his excursion for Felix feels unsanctioned and more like a favor for an old friend. M and Nomi have explicitly told Bond to stay out of it and runs into dead ends when he questions M’s motives for keeping a secret bioweapon laboratory off the books and is distrustful of Nomi who wants him to enjoy his retirement rather than interfere in Her Majesty’s Secret Service. It’s during this excursion that Bond meets Paloma, a young CIA agent who manages to steal the spotlight from Craig if only for ten minutes. It’s disappointing to see Ana de Armas for only a short time in the film but her action sequence is one of the most memorable in the film.

Pulling the strings of all this dastardly business is Safin, a scarred villain who not only holds a grudge against all of SPECTRE but carries a flame for Madeleine. Safin always manage to stay steps ahead of his foes and even finds a way to bring Bond to his knees. For the majority of the film, Safin manages to feel like an almost supernatural presence, both everywhere and omniscient and no one has any idea on how to stop him. Rami Malek isn’t physically imposing or emotional but manages to stay collected and focused throughout the entire film. He knows he can outwit Bond and his plan has worked so far without interruption and that’s more terrifying than any Bond has ever encountered. Even when Safin isn’t on screen, his influence as thanks to his scheming, Safin causes the deaths of both Felix Leiter and Ernst Stavro Blofeld. Both deaths shake Bond to his core as Felix was his greatest ally and Blofeld was his greatest ally who quipped to Bond at one point that he was “the author of all his pain” and manages to get one final jab at Bond before dying as he remarks that Madeleine never betrayed him and he lost what could’ve been the best five years of his life and actually had a chance to enjoy his life. These deaths and Leiter’s in particular, galvanize Bond into returning to MI6 and goes to his former allies for one last mission and thanks to the technological literacy of Q and Moneypenny’s craftiness, they’re able to piece together Safin’s endgame and begin a mission that could affect the fate of the entire world.

Like all Bond films, the action scenes are impressive but the ones in No Time to Die have a grander feel to them. The opening prologue seems to cover the entire city of Matera and the street fight in Cuba almost convinces you that tuxedos can be worn as a tactical garment. However, the hunt scene in the forest of Norway feel almost primordial. Bond is armed with an automatic rifle and faces down enemies on motorcycle, armored vehicles and even a helicopter. It’s during this scene that we also see the most brutal kill of Craig’s Bond career that feels similar to a kill from For Your Eyes Only that saw Roger Moore push a car off a cliff and crushing an assassin who had murdered a colleague. The climax on Safin’s is an impressive set piece that’s worthy of comparison to Blofeld’s volcano base in You Only Live Twice and feels like an actual villain lair than what has been shown in previous films during Craig’s run.

No Time to Die manages to make Bond feel relatable. In spite of his jet setting lifestyle, he yearns for roots and a secure future while simultaneously carrying immense trauma and regret for how he lost the love of his life. He also fiercely protects what’s important to him; his allies, his country, his lover and his child. Yes, Bond has a daughter with striking blue eyes and in the end, sacrifices himself to ensure that his daughter has a future free from any possible repercussions and those who would wish her harm. As Bond says his goodbyes to Madeleine in what is truly the most heartbreaking scene of the entire series, he remarks that while he regretted pushing her away, he never regretted knowing her and being with her. It’s almost as if Craig is signing off to the millions of fans who supported and praised him and ultimately has given everything in service.

If there are any detractors to No Time to Die, it’s the sheer length of the film. At nearly two hours and forty minutes, it’s the longest Bond film to date. While a good, long film is appreciated, there is no reason for a Bond film to approach Godfather length. There are numerous that could have been either shortened or eliminated entirely in particular the club scene with Bond and Felix, a portion of the introduction scene to Paloma, several portions of the climax and scenes that introduced Obruchev, the scientist kidnapped shortly after the prologue. In spite of its length, the film still manages to work and manages to deliver on Craig’s final Bond outing.

With No Time to Die getting smaller in the rear view of Bond’s Aston Martin V8, it’s time to appropriately assess Daniel Craig’s legacy as 007. When Craig was cast in 2005, few expected him to be cast and even fewer liked the casting calling him “James Blonde” or “James Bland”, an thinly veiled critique of Craig’s blonde hair and the seemingly unknown quality of the actor at the time. The release of Casino Royale easily pulled the biggest 180 of the perception of Craig as the film successfully reinvented the character and pulled off a reboot few knew how to pull off. But after five films that were all critically praised, a worldwide gross of over $3 billion (and counting) marking the most successful run for the franchise as well as the two highest grossing films in the franchise, Casino Royale and Skfyall. Every film one of Craig’s films, even Quantum of Solace, offered something new for viewers in terms of action scenes, female counterparts, characterization and pivoting away from past tropes. Casino Royale amazed viewers with a raw, unrefined and vulnerable Bond, Quantum of Solace showcased an unhinged, vengeful Bond, Skyfall managed to modernize Bond for the digital age, Spectre brought back a legendary foe and No Time to Die offers a human look at espionage and the toll it takes on individuals. Craig’s performances were praised time and time again as he emerged as the modern equivalent to what the late Sean Connery brought to the role and cemented Craig’s legacy as one of cinema’s great leading men.

So the question now is, where does the franchise go from here? For the moment, nowhere. Series producers Barbara Broccoli and Michael G. Wilson recently stated that they won’t announce who will be cast as the new James Bond until sometime in 2022 but that wait could potentially be longer. Past casting announcements have coincided with the announcement of a new film or director and the dust hasn’t yet settled on No Time to Die so unless a secret team of screenwriters and producers have been working on the next round of films, news of the next actor is going to have to wait. There is also the lingering issue of Amazon’s acquisition of MGM Studios leading many to speculate that the series will pivot away from traditional theatrical releases and focus more on streaming films. If the billionaire turned wannabe astronaut who’s currently at the helm of Amazon has any sense, he’ll keep Bond on the big screen where he belongs. The magic of Bond is purely in theaters and that magic simply isn’t the same while viewing it at home. I wrote some time ago about who could be cast as the next James Bond so I’m not going to spend too much on that topic once again but we can bet that casting will be underway soon and a wide net is sure to be thrown out. The series can now go anywhere it wants to and start with a clean slate. If the producers want to cast Tom Hardy or Henry Cavill for two or three films they can or if they want someone like Richard Madden or another young British actor to anchor the next decade and a half worth of films then that’s certainly a possibility. Whatever happens, we can certainly expect another reboot of the series in the next several years but Daniel Craig leaves huge shoes to fill and the role will come with sky high expectations. Whoever is cast next, we should be more gracious than we were in 2005 and allow the new actor to show us what they bring to the role.

Featured Image Credit: No Time To Die, via MGM.