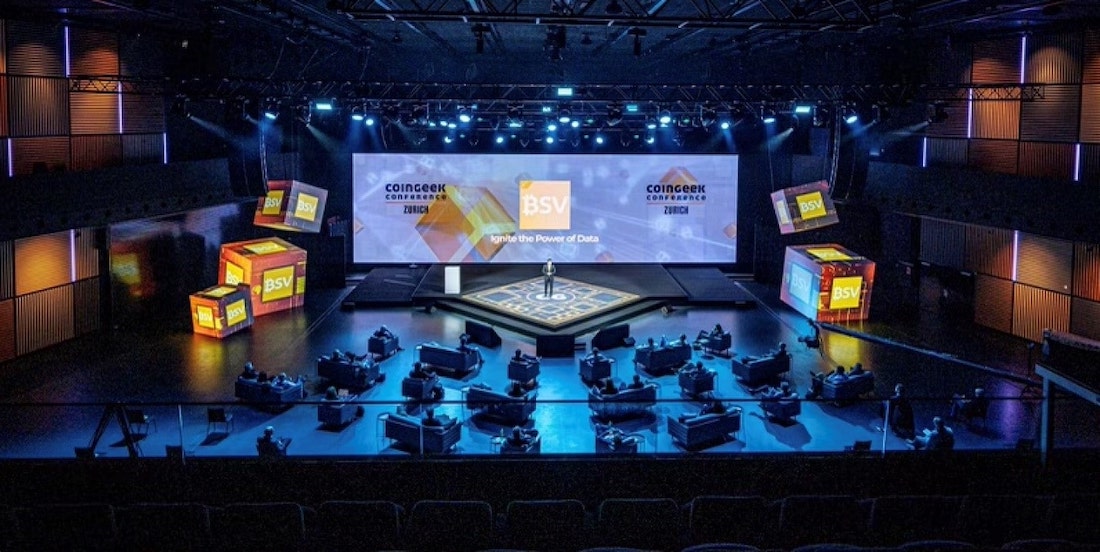 The eighth installment of CoinGeek Conference has opened with strong statements, which are not just said for impact, but are backed by actual numbers as evidence. The blockchain conference is being held at The Sheraton Times Square New York and broadcasted live on YouTube and coingeek.com from October 5 to 7.

“I’m more bullish than ever about BSV’s future. Because in the end, only utility matters, and BSV has that utility in spades. BSV’s commitment to utility was enshrined when it restored the original Bitcoin protocol, ensuring a stable foundation on which developers could build their projects. Other protocols remain perpetually moving targets, effectively forcing developers to thread a needle while riding a bucking bronco,” billionaire and philanthropist Calvin Ayre, who is also the founder of Ayre Group and CoinGeek, said in the opening video.

From October 5 to 7, various companies will illustrate how the BSV blockchain and protocol, the original Bitcoin protocol as designed by Satoshi Nakamoto in the Bitcoin white paper, has enabled their applications and platforms to produce next-generation products and services, as well as provide solutions to recurring technological and business problems within systems and processes.

Currently, over 400 companies have built or are in the process of building their platforms on the BSV blockchain—many of which are businesses that switched from an unscalable network with high transaction fees. Many also came from ETH, a popular digital currency with a large community but has a largely inefficient and impractical technology for businesses. 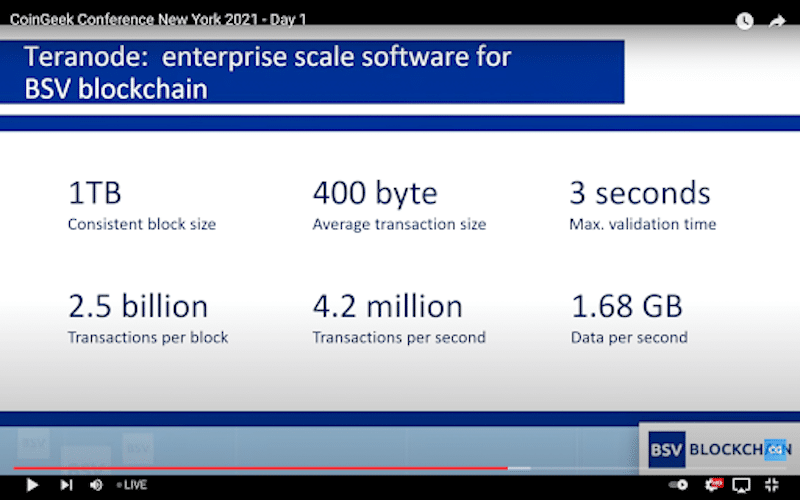 BSV’s future that is rooted in its utility that Ayre is “bullish” about comes from its blockchain’s powerful capabilities brought about by the network’s commitment to unbounded scaling and improving its technology with the goal of supporting global business and financial infrastructures that will ultimately be used by the world’s population.

Because BSV continues to scale, its data blocks only become bigger and bigger and throughput just becomes higher and higher. And these are not just empty claims. A 2GB block has recently been mined on the BSV blockchain, effectively breaking the world record for largest block mined on a blockchain that was also previously set by a BSV miner.

“The 1GB limit that a number of miners had in place was hit. And within the space of less than a week, miners had communicated with Bitcoin Association and raised their limit and pushed it up to 2GB. Now, this sort of event is a hard fork. Back in BTC world, this is the sort of thing that would’ve taken 2 years of coordination before it actually happened. And we did that in just a week,” BSV Infrastructure Team Technical Director Steve Shadders said while presenting technical updates.

In addition, the Teranode project has been tested to increase BSV’s throughput to at least 50,000 transactions per second (tps) up to 100,000 tps—numbers that rival and even surpass that of the VISA network at transactions that cost 1/50 of a penny each. And this is only the beginning as the goal is to scale until billions of tps is reached in the future, effectively further lowering transaction fees.

BTC, on the other hand, has refused to scale and chosen to stagnate. It made being the original Bitcoin literal as it has maintained the initial 1MB block cap and throughput of seven tps set by Satoshi up to this day. However, these numbers were assigned by Satoshi as merely a starting point—it was never meant to stay for more than a decade into the future. As written by the Bitcoin creator himself in 2009, “Bitcoin never really hits a scale ceiling.” 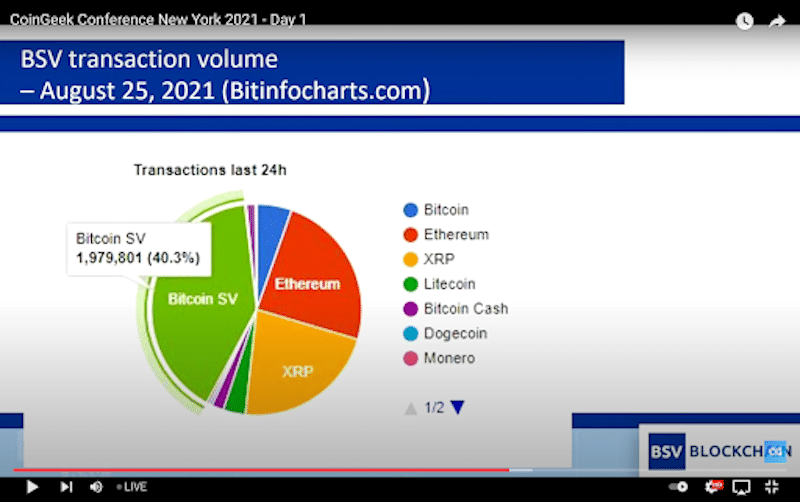 While BTC takes pride in being the number one digital currency due to its extremely high price currently valued at over $50,000 per coin, it can only be afforded by a privileged few and presents no other utility except as a pseudo digital gold that acts as a speculative investment at best due to its highly volatile price.

Because there are many technological issues when creating second-tier solutions to cover up the fact that the base layer—the blockchain—simply is incapable of scaling. And proof of this statement is ETH’s throughput of just 15 to 45 tps at a current average fee per transaction of $36.5. Over at BSV, the community is focused more on how to develop better applications and platforms, rather than how to constantly resolve technical issues.

And so, as CoinGeek Conference New York’s theme is “It’s About Time,” it is definitely about time for the world to understand how these numbers translate to the powerful capabilities of the BSV blockchain that can help improve their systems, streamline daily processes and resolve other persistent business issues.

“It is time to finally take all of this technology and build something real with it. We’re tired of just reading about charts and prices of digital currencies going up and down. We want to see building blocks to real value… It’s time for Bitcoin to become exponential, to be the blockchain for everyone, everywhere and everything—not just for a few people,” Jimmy Nguyen, master of ceremonies and founding president of Switzerland-based global industry organization Bitcoin Association concluded his opening speech.

And again, these are not just empty promises or false advertisements meant to lure investors in. These are statements backed by numbers and testaments. Over 90 speakers will personally attest and provide evidence to these claims in the course of the three-day conference.