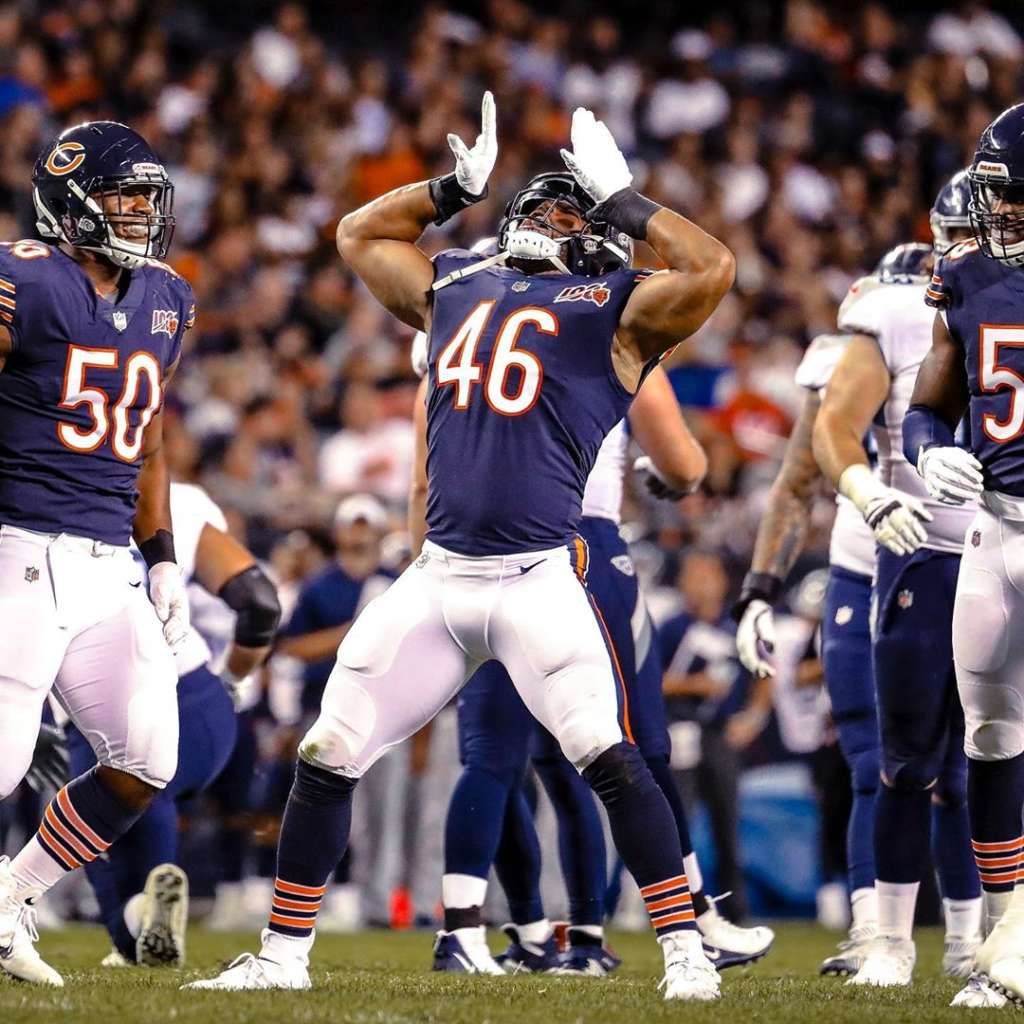 Football season has finally made its way back to the Windy City and we couldn’t be any more excited for the upcoming NFL regular season. Not to brag or anything, but this comes with the fact that we have one of THE best teams in the league. This week, we also saw the Cubs clutch it out in some important games. We’ll dive into all of that and more in this week’s Chicago sports update!

The Bears wrapped up their preseason last night with a 19-15 home loss against the Titans. Week 4 of the preseason is typically when none of the starters will play and is where backups have a chance to earn their roster spots. As we approach the NFL regular season, one of the talking points for the team is our kicking. Last night Bears kicker Eddy Pineiro went 3-for-3 on field-goal attempts after missing badly on an extra point attempt in the first quarter. Coach Nagy commented after the game saying he won’t completely commit to Pineiro being the week one starter, but he liked the fact that he finished strong after his miss.

The team will kick off the start of the NFL regular season next Thursday night against the Packers. We’ll finally get to see all of our starters on the field. Expect the Monsters of the Midway to come out firing on all cylinders against our rivals up north.

Baseball – Cubs Are Winning When It Matters

This was a big week for the Cubs who capped off a series sweep last night against the Mets. The Cubs, who currently sit 2nd in the NL Central at 72-61, opened this week on the road where they seem to struggle. Fortunately, the team didn’t let that get to them and beat out Mets pitchers Stroman, Syndergaard, and DeGrom for the sweep. These games were extremely important as both teams are in the hunt for the NL Wild Card. After the sweep, the Cubs sit 5 games ahead of the Mets and showed us they can win outside of Wrigley.

The team will open up the weekend at home against the Brewers, and will begin next week with games against the Mariners.

While the Cubs were the ones doing the sweeping, the White Sox weren’t as fortunate. The team began their week Tuesday with a home series against the Twins. Tuesday nights game was the closest of the series where the Sox lost 3-1, but it wasn’t all bad as Jimenez returned to the outfielder after playing as the DH for a few games due to injury. The Sox lost both Wednesday and Thursday night’s games and currently hold a 60-73 record with two games left in August.

The Sox weekend starts Friday night in Atlanta and will be followed up by a road series against the Indians next week.

Not much team news surrounding the Chicago Bulls this past week. Other than the typical trade speculations and season predictions, the team has had a quiet week. For those interested, DaWindyCity projected wins and losses for the upcoming season. Stay patient, Bulls fans: the preseason will be here soon and the regular season will follow quickly after that.