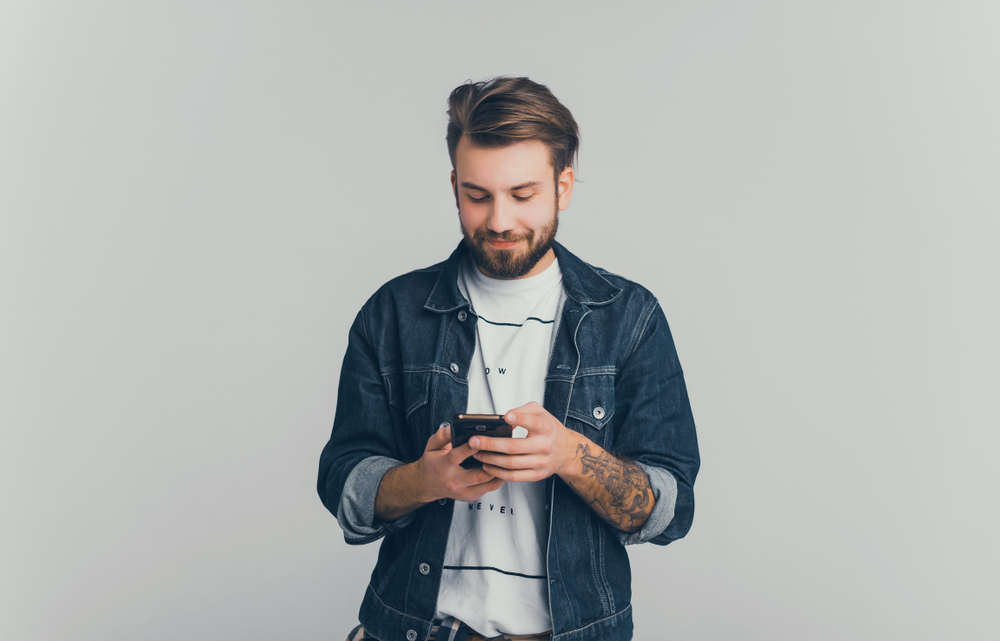 From try-hard douchebags to hipster assholes, Chicago is home to some, shall we say, interesting dudes. But whether you truly love them or love to hate them, I can almost guarantee that you’ve met them all before.

Here are the eleven types of guy you’ll find in Chicago. 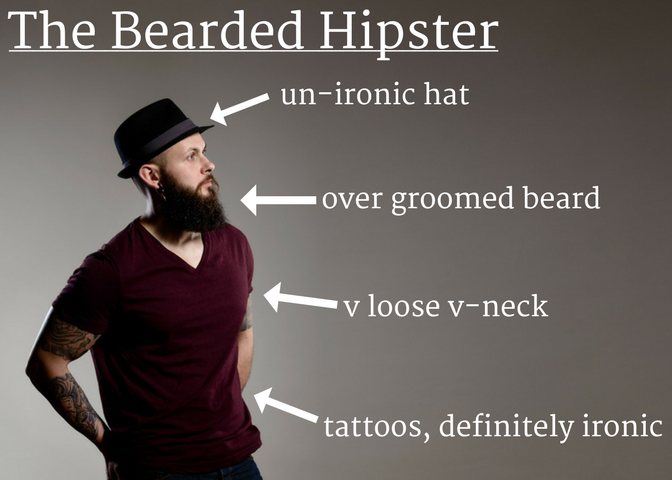 Where you’ll find him: Humboldt Park

His MO: The Bearded Hipster is probably a struggling musician/poet/artist/comedian. While waiting patiently for his career to take off (which, spoiler alert: it won’t) he works as a barista at your local Starbucks and/or a cashier at Whole Foods. He drinks only local, craft beer and smells exclusively like American Spirit and beard oil. 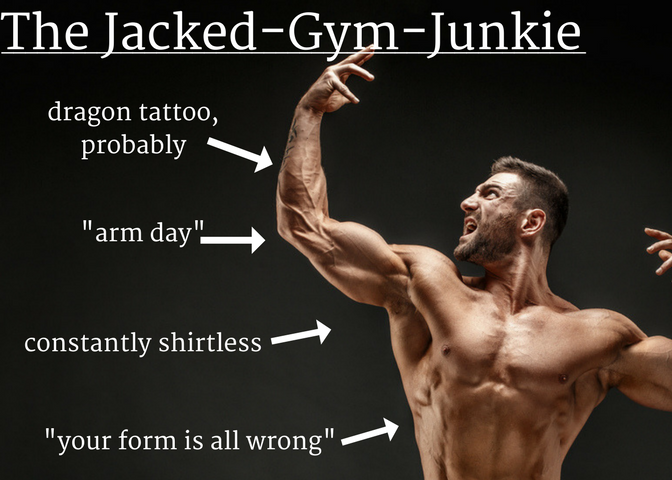 Where you’ll find him: Anywhere within a 5-mile radius of a gym

His MO: The Jacked-Gym-Junkie calls everyone “bro.” His normal talking voice is what the average person sounds like yelling. He never does cardio but insists that he could probably run a marathon, ya know, if he felt like it and says the word “swol” un-ironically. This dude owns wayyyy more tank tops than any grown man should and definitely waxes his armpits (but don’t tell anyone). Probably named Derek or Brian or something like that. Also definitely roided out but it’s “legal” and “organic” so he thinks that it’s totally fine. 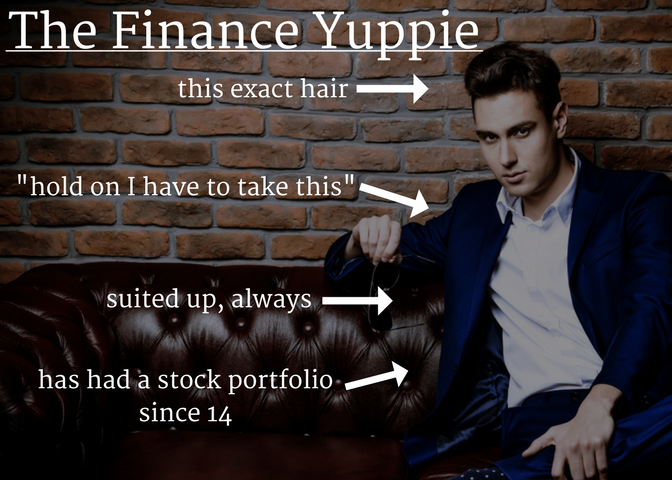 Where you’ll find him: The Loop

His MO: When The Finance Yuppie is not wearing a suit – which, let’s be honest is almost never – he is almost guaranteed to be wearing a polo. And it’s most likely in pastel. This guy goes on yachts on the weekends and is 100% a member of Soho House. His name is probably Craig or Daniel and he talks about his Dad like, a lot. Has been known to check his stocks app on a date and isn’t ashamed of it one bit. 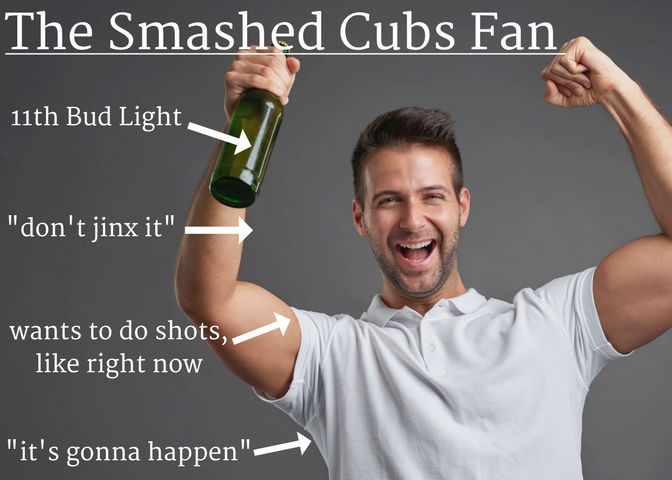 Where you’ll find him: Wrigleyville

His MO: The Smashed Cubs Fan is always super excited to see you, despite the fact that you’ve never fucking met him in your life. He used to play baseball in high school and will not let you forget it. He now plays in an adult softball league that he takes entirely too seriously. This guy thinks that you aren’t a “real Cubs fan” unless you can name Jake Arrieta’s college baseball coach’s batting average from 1984. Also, he will definitely puke before the game is over. 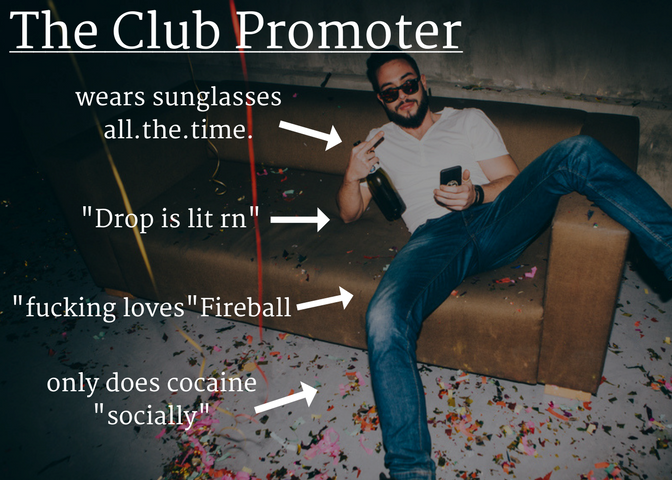 Where you’ll find him: Gold Coast

His MO: The Club Promoter is a fucking asshole. For a guy whose literal job is to get hot girls to come to clubs, he takes his career entirely too seriously. This dude still wears Ed Hardy and over-washed jeans. He loves cars even though everyone is almost positive he doesn’t own one. You have never spoken to this guy sober and are pretty convinced he sells molly to teenagers at Lolla in the summer. He genuinely likes EDM even though everyone else has agreed it’s trash. 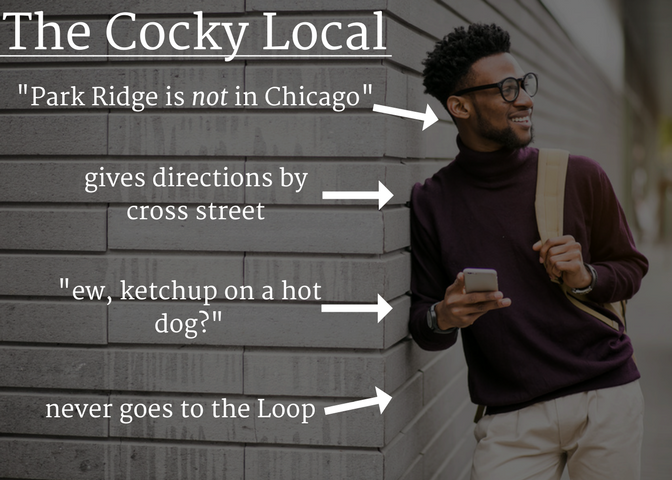 Where you’ll find him: Bridgeport and/or Logan Square

His MO: It is The Cocky Local’s mission in life to out all suburbanites. He thinks that anything within a 10-minute radius of the Loop is overrated and too “touristy” to visit. He’s lived in the city his whole life but never been to the Sears Tower, like ever. He describes himself a “true native” but has literally never been south of Hyde Park. Like ever. 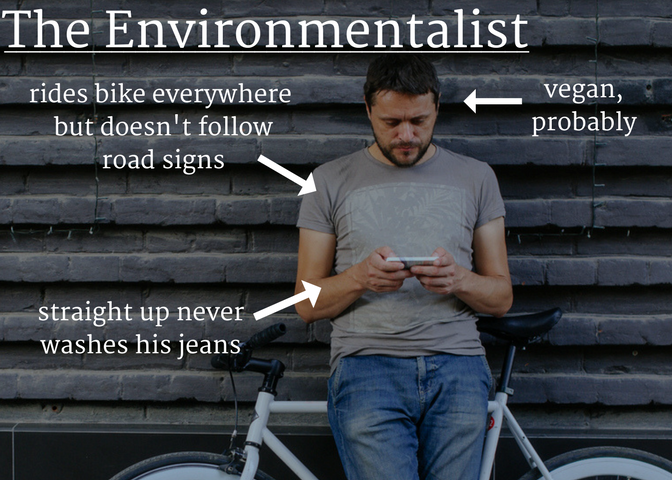 Where you’ll find him: Wicker Park

His MO: The Environmentalist watched Cowspiracy one time on Netflix and now won’t shut up about it. He rides his bike to work every morning and is therefore absolutely never on time. He says he “actually really likes” tofu but you totally don’t believe him. Will most likely quit being vegan within the year. 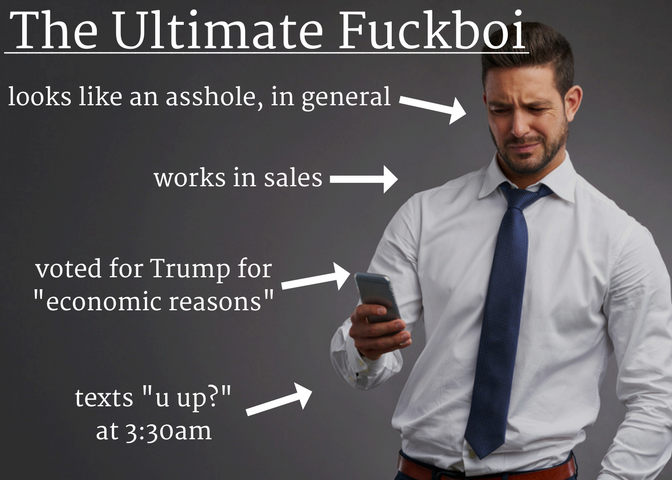 Where you’ll find him: River North

His MO: The Ultimate Fuckboi legitimately likes going to Underground on the weekends. He casually uses the phrase “cocksucker” even though literally no one says that anymore. He is definitely dating both Megan and Sarah but neither of them knows and he really doesn’t think it’s “that big of a deal.” This guy says that he’s “always working” but you’ve never actually seen him at work. He will text you at 4 o’clock in the morning but not respond when you text back because he blacked out. 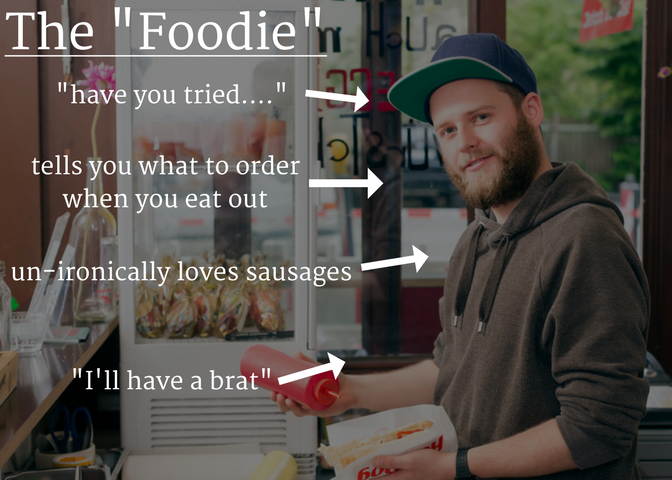 Where you’ll find him: Any Big Al’s establishment

His MO: The “Foodie” says that he’s an expert in “real Chicago food” but actually bases all of his recommendations on Googling “Chicago’s best hot dogs.” This Guy knows an inordinate amount about sausages and always has mustard on his shirt. He thinks that Portillo’s is “vastly overrated” and prefers Big Guy Sausage even though they’re pretty much the exact. same. thing. 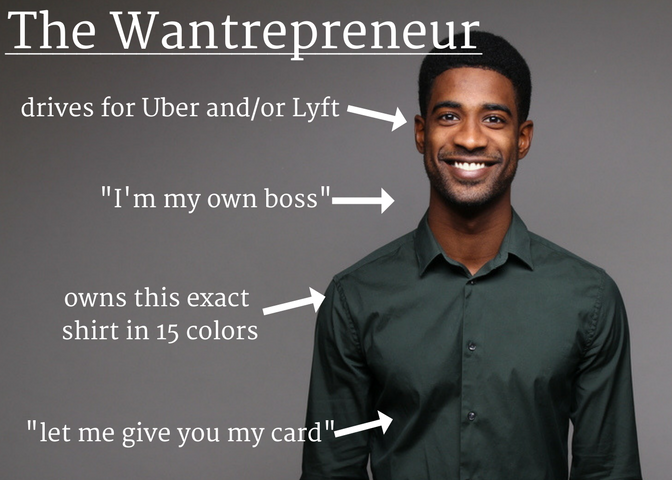 Where you’ll find him: West Loop

His MO: The Wantrepreneur graduated three years ago but still hasn’t had a full-time job. He drives for ride-shares in his free time and gives literally every passenger his card. He always wants to practice his “elevator pitch” on you even though you’ve heard it 500 times already and still don’t care. His idea for an app/website/mobile platform already exists but you don’t have the heart to tell him that it isn’t going to work out. 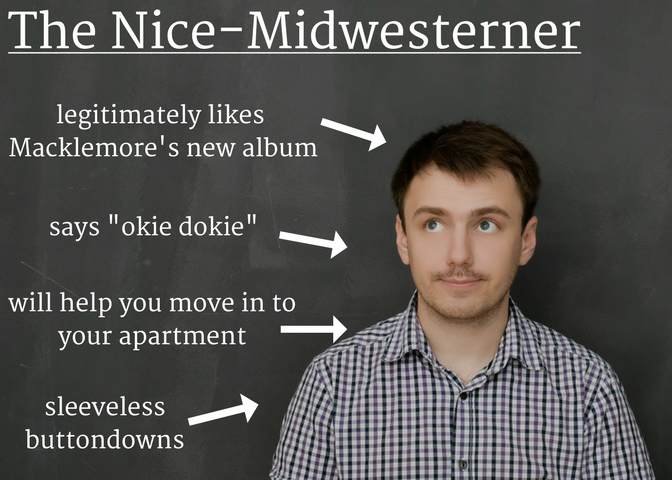 Where you’ll find him: The Burbs

His MO: The Nice-Midwesterner is probably named Jake or Matt or something generic like that. He talks to his grandmother a lot more than most guys, which is honestly a little sweet. His clothes never fit him because he refuses to admit that no, his growth spurt is never coming. He says “pop” instead of soda and is never really out past 2 am. He probably works at a job he hates but is way too nice to quit. He’ll probably stay there for another five years before he finally leaves.

10 Best Spots Around the City for Incredible Chicago Photography

7 Best Dance Clubs in Chicago to Find a Rebound