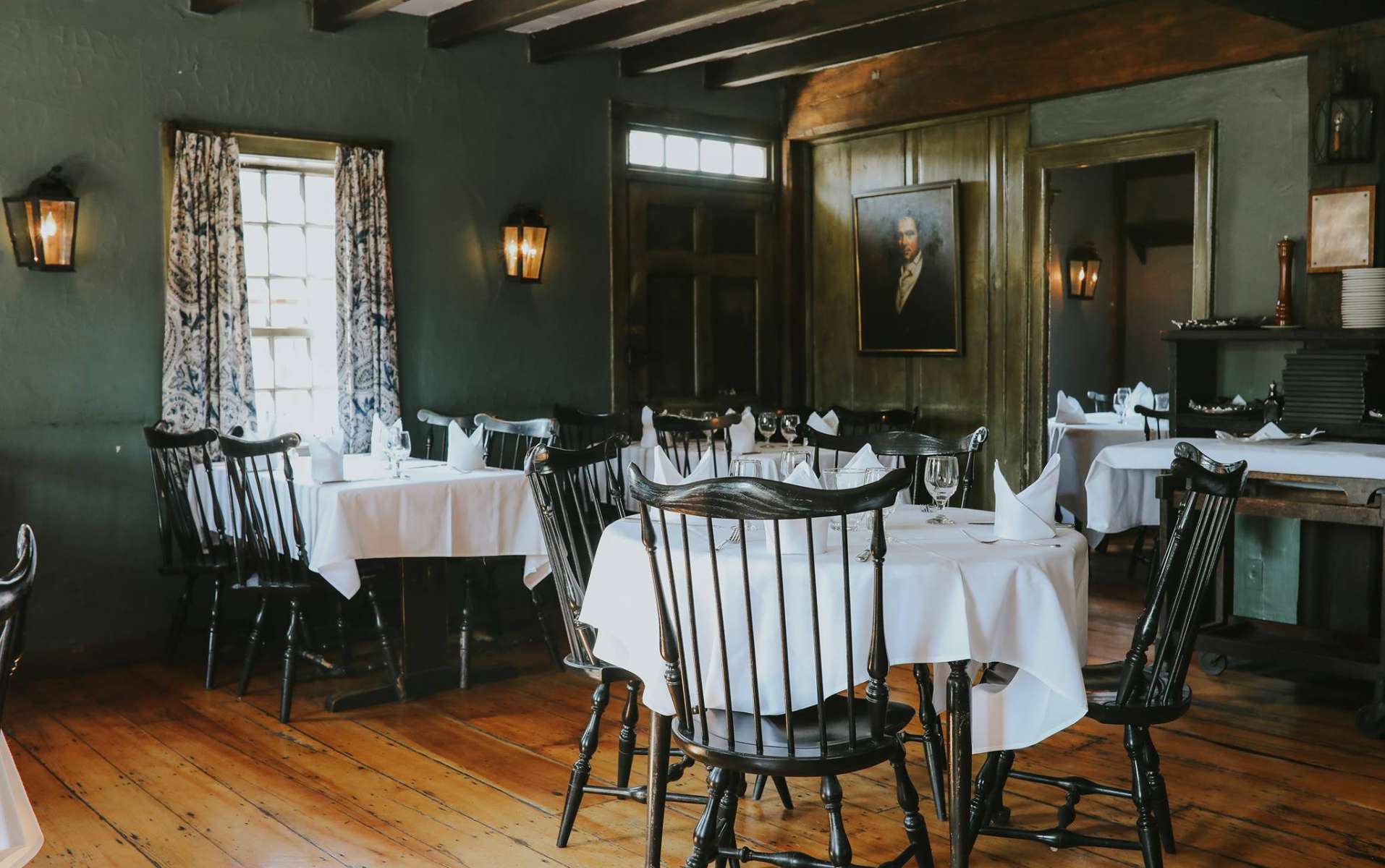 Bars, inns, and taverns have been a cornerstone of American social life since before the U.S. even became an independent nation. Many of these historic bars are still standing today. Get your history and drink on at the 50 oldest bars and restaurants in America, as compiled by Brookston Beer Bulletin.

This Cape Cod classic has a rotating daily menu based on the freshest available local ingredients.

The oldest full-service inn in America is still open to guests and for restaurant dining.

As students, teachers, and administrators are starting to celebrate their last days of school, The Wayside Inn Foundation congratulates all of you on a job well done. The end of the school year was unusual and unexpected, but it was exciting to see how students embraced the work at home virtually, and the teachers rose to the challenge of keeping everyone engaged and learning. Well done all. And now a summer break. Enjoy! Stay safe at play. Be sure to check in with The Wayside Inn Foundation to see new activities that we will be posting on the TWIF Online Activity Blog. https://twifonline.constantcontactsites.com/blog Photo from The Wayside Inn Archives, c. 1890s. #longfellowswaysideinn #schoolsoutforsummer #treeswings

If you’re looking for the oldest restaurants in the United States, this historic Massachusetts landmark serves lunch and dinner and continues to host guests.

A landmark steak and chop house known for culinary excellence.

The inn/tavern has been through a few names in 300-year history including The Spread Eagle, the Crooked Billet Inn, and the Barnsboro Hotel.

Now operating as the Logan in at the Mansion Inn.

This boutique inn and tavern is still standing in Middleburg, VA.

This elegant inn in Maryland has been restored to match its colonial-era roots.

This is a popular old restaurant in America that is known for its history, dining, and social events in central Virginia.

This Pennsylvania staple is known for a casual burgers and beer vibe.

Classic Massachusetts meals like clam chowder in a class colonial tavern and B&B.

This landmark is still open as a historical attraction, but no longer serves food.

If you’re looking for the oldest restaurants in America that service upscale pub fare, this tavern has been operative for 273 years!

This old-school inn is still offering lodging, dining, and events in Chester County

This historic landmark retains its charm as a beer garden, pub, restaurant, inn, and event venue.

This Maryland tavern ‘serves up a slice of history along with regional seafood.’

Albert Einstein is one of the famous historical figures who have dined at this inn.

The oldest tavern in New York, built in 1668 but turned into a tavern in 1755, has been expertly restored and continues to serve food and drinks.

A luxury New England estate that includes the Seasons restaurant and taproom.

One of America’s oldest inns was once used as a civil war hospital.

A culinary and historical landmark with a tavern and attached museum.

A colonial favorite that focuses on craft beer and liquors, boasting 200+ varieties of whiskey.

Troops called by President Washington once camped at this inn operated by Jean Bonnet and his heirs.

Now a National Historic Landmark, this landmark functions as both a restaurant and museum.

Experience the historical ambiance as an overnight guest or restaurant patron.

This Bourbon Street staple has been serving cold beer and cocktails for 200+ years.

Patrons can choose from five restaurants and four accommodation options at this iconic inn.

Horse You Came In On

A colonial-era saloon with modern pub fare and cold drinks.

The oldest historic building in Abingdon, VA has been a general store, a war hospital, a bank, and more in its long life — but is now back to its roots as a tavern.

Formerly known as the Union Hotel and The Allentown Hotel.

The bourbon-heavy tavern and B&B has provided food and rest to visitors for many decades.

A legendary eatery with colonial-charm, plus a pub fare and beer.

This pub offers tours, private dining and merchandise to commemorate its rich history.

The Tavern in Old Salem

This landmark is part of the living history museum in Winston-Salem’s historic district.

Entering Wiggins Tavern, which is part of the Hotel Northampton, is like stepping back in time.

Now known as the Conestoga Restaurant, this landmark still retains its original facade but has updated the interior with modern amenities.

The inn continues to furnish itself with period-appropriate decor, though it now offers modern lodging accommodations and dining.

The Ye Old Tavern keeps to its roots as an establishment for the elites to gather, serving excellent foods and drink in an elegant atmosphere.

This renowned bed and breakfast continues to host guests and provide fine dining to travelers and locals alike.

Billed as America’s oldest tavern with the first pour in 1975, the Bell in Hand is still pouring draft beers and serving New England favorites.

A historic hotel that still hosts guests, diners and the Black Horse Tavern.

This ‘landmark saloon’ got its start as an importing firm created by Pedro Front and Francisco Juncadelia.

The Ear Inn at the James Brown House

Among the earliest drinking and gathering spots in NYC is the Ear Inn, located inside the James Brown house, which is on the National Register of Historic Places.

Useful Tips for Students: How to be More Successful