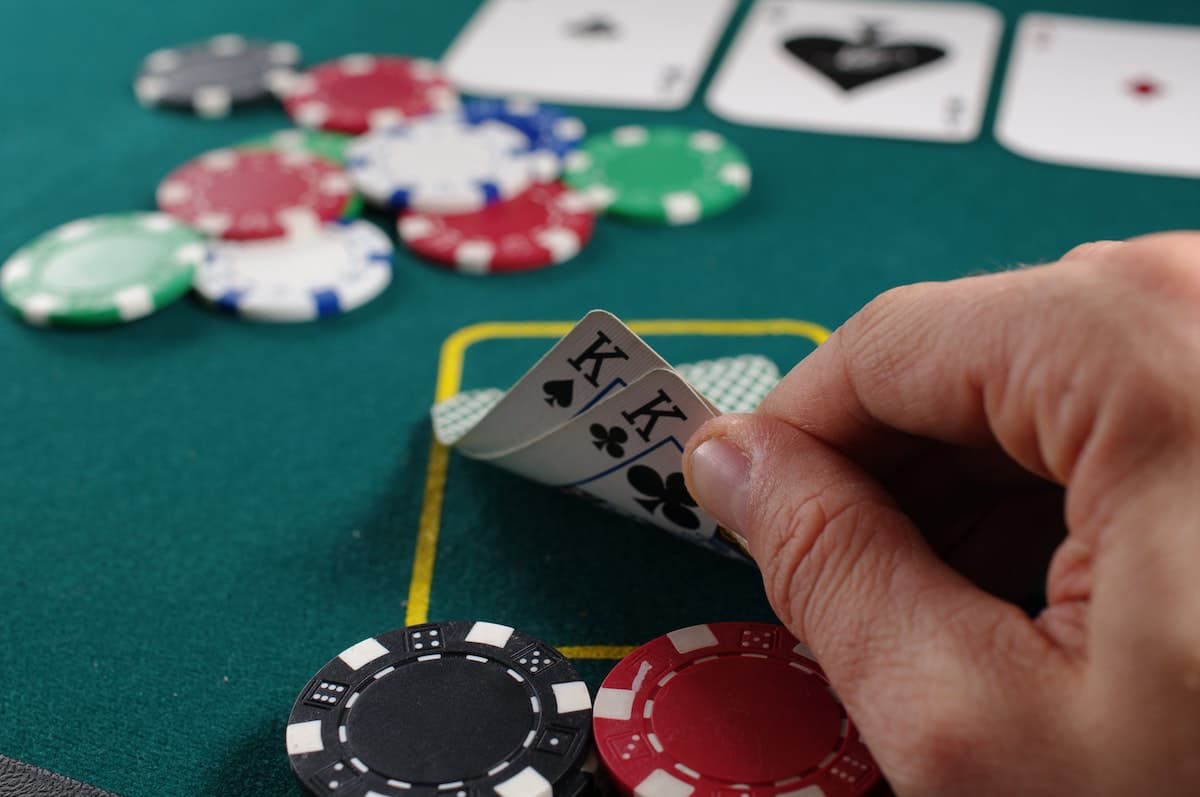 Poker is a game of wits and perception where players can turn a poor hand into a win through their skill. Because of this, it’s also important that you don’t do certain things. If you do, you’ll give up your play and the other players will fold or call your bluff, taking victory out of your hands.

Here we have five of those things that you shouldn’t do when playing poker. These are general rules that beginners need to cover to have the best chance at profiting from their poker habit. Some of them apply to online poker services too, like poker at Fanduel.

1. Lose Control Of Your Nerve

It’s common for rookie players to let the game get the better of them. When there’s money on the line and you can’t trust anybody, emotions can bubble up to the surface and cause wild, irrational plays that lighten your wallet. You can practice every other tip in this list but, if you haven’t got your nerves under control, then you’re going to forget them as soon as the chips are down.

You don’t want to be on the bad side of a poker tilt, so you should be mindful and have a clear head when playing the game. This comes with experience, of course, but even the most hardened players sweat when there’s a lot of money on the line. That’s why you should start small to build your nerves and get used to winning and losing money at the poker table.

2. Playing Too Many Pre-Flop Hands

The single biggest red flag that signals a new poker player is when they play too many hands before the flop. It’s a trap that’s easy to fall into, especially for newbies that have only seen poker in the movies. In those movies, they focus on the exciting hands and not the nine folds that came between them, to keep things interesting. This makes it look like experienced players play every hand. That couldn’t be further from the truth!

Once you know card values and can judge hands, you should be extremely prejudiced with the hands you carry into the game. Even the most experienced players take one out of four or five hands forward, folding those that don’t give them a fighting chance. Sometimes the only way to win is to not play.

3. Playing Too Many Post-Flop Hands

Likewise, it’s common for inexperienced players to take their hands further into the game. Due to the nature of poker, a hand that was strong at the start of the game can become weaker as the game progresses.

You shouldn’t be bringing any old pair to the river with you, only those top pairs and other hands that have you at an advantage. If the game changes after the flop and your cards become weak, folding is typically your best bet. There’s no reason to be loyal to a card hand just because you carried it past the flop and nobody at the table will judge you for bowing out.

Many new and inexperienced players get a feeling when looking at a certain hand. They think that this could be the one as if it’s a winning ticket at the horse races, so they commit to playing that hand. Congratulations, you lost.

For all of the bravado and deception involved in a poker game, it is fundamentally mathematical like all casino games. The game has been reduced to a science, where everything that happens occurs because of odds. When you can crunch the numbers and understand those odds, you can objectively value your hand.

Once you’ve done that, you can either play on or fold. If you have a good hand, then you can get sentimental as long as you remember to follow tip #3.

5. Think In The Short Term

Rookie players tend to think in the short-term, going from moment to moment and making decisions based on current information. This leads to an inconsistent decision-making process that doesn’t work for a poker game, where you should hold your hands with the expectation that they’ll pay off sooner or later.

Sometimes it doesn’t even matter what decisions you make, you can have a good hand and simply get outdrawn by the player opposite you. In those cases, don’t worry too much about your strategy or the decisions you made regarding your hand. A good hand is a good hand, even if you lose to a better hand.

That’s why folding is important, to weed out those bad hands and go ahead with the good hand, but even then those good hands aren’t guaranteed victory. In the long-term, players who carry good hands will outperform those who obsess too much over short-term luck.