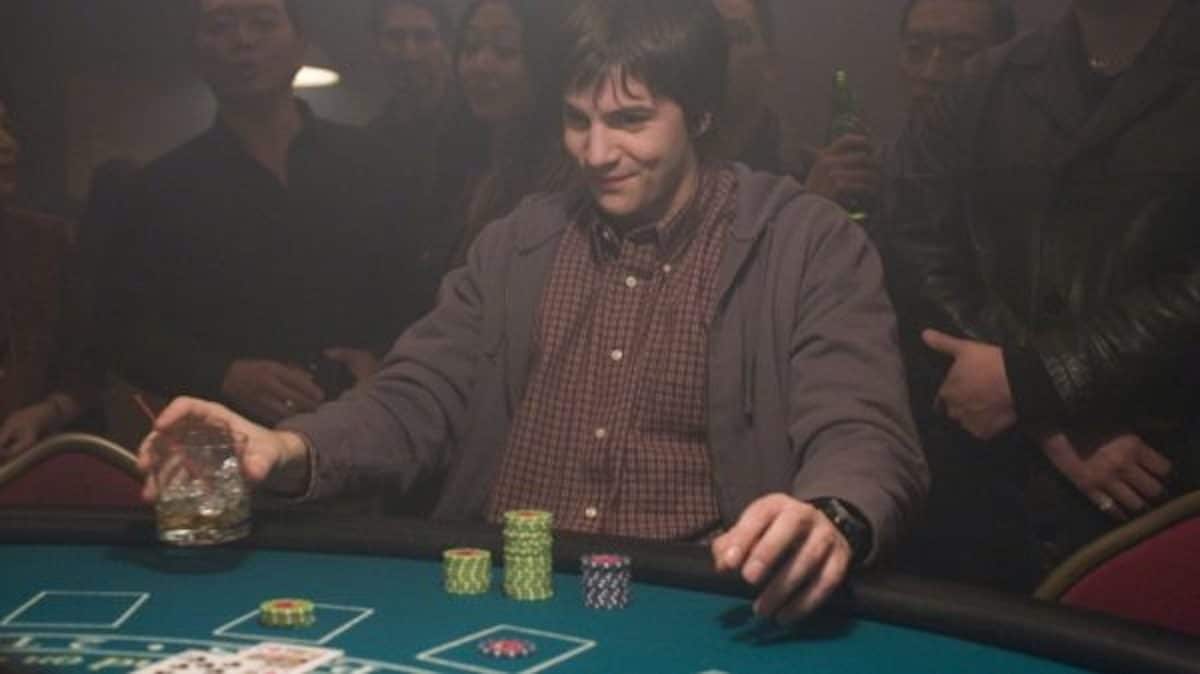 Blackjack and other casino games have inspired many movies, as they provide a combination of tension and strategy that is ideal for the big screen. Some big movies have been based on the game, while others have introduced a trip to the casino as a way of cranking up the action and raising the stakes. What are some of the best films that have used these games to add drama and excitement?

This 1996 movie shows us a group of friends who are all unemployed actors looking to earn some cash and enjoy life. Jon Favreau and Vince Vaughn are among the big stars who turn this into a highly rated comedy-drama.  The group travel to Las Vegas and run into a series of problems along the way, making it an enjoyable romp that doesn’t take itself too seriously.

While blackjack isn’t the main theme of the movie, there is an excellent section where they head to the blackjack table to try and win money. This includes a great debate over whether you should always double down on 11.

Anyone who has played blackjack online or in a land casino will know that this is always a good strategy. Click here to learn more about blackjack games.

Released in 2008, this movie is classed as a heist drama, with the likes of Robert Luketic, Kevin Spacey, Kate Bosworth, and Jim Sturgess playing the leading roles. Interestingly, it is based on a real-life set of events that were detailed in the 2003 book titled Bringing Down the House, which told the story of how a group of MIT students used card counting to win at blackjack in casinos.

In the movie version, we see the team head to Las Vegas to play with high stakes but they run into personal issues as the members begin to argue with one another. 21 was successful at the box office, despite receiving fairly modest reviews from the critics. It became the top movie in North America during its first two weeks after release and grossed over $24 million in its opening weekend.

This is another good example of a movie that uses the action taking place at the blackjack tables to let us find out more about the characters. Rain Man came out in 1988 and has become one of the most famous movies of all time, with Tom Cruise playing Charlie, who is the brother of the autistic character Raymond, played by Dustin Hoffman.

It was a massive success, becoming the highest-grossing release of 1988 and receiving critical acclaim. Since then, there have been claims it showed a damaging stereotype of autism, though.

A 2004 Canadian movie that was released in French as La Mise Finale, The Last Casino has a lot of similarities with the 21 movie that we looked at earlier in the list, as it also takes the MIT blackjack project as its inspiration. Starring Charles Martin Smith, Katharine Isabelle, and Kris Lemche among others, it follows a team of students and their professor who work as a team to win at blackjack games.

The story gives us a dramatized version of the MIT scheme, by adding in a money-lender who wants his money back by a set date and a card-counting team made up of three of the university’s best students who have been hand-picked by professor Doug Barnes (played by Smith). Naturally, they suffer a series of ups and downs as they attempt to put their clever plan into action.

James Bond has played a variety of casino games in his movies, and it is baccarat that is typically mentioned as being his favorite. However, this 1989 movie starring Timothy Dalton as 007 shows us the secret agent playing some games at the blackjack table. It is the 16th Bond film and has a plot that doesn’t lean as heavily on Ian Fleming’s novels as had been the case until then.

The blackjack action centers around the fact that Bond enters a casino that is owned by the movie’s villain, Franz Sanchez. An exciting scene follows, with 007 chatting to the glamorous dealer who has been sent to the table to find out more about him.

There is no doubt that blackjack and other casino games will continue to provide fascinating moments in our favorite movies of the future, as they give us the sort of tension that can add to the pleasure of just about any type of movie.