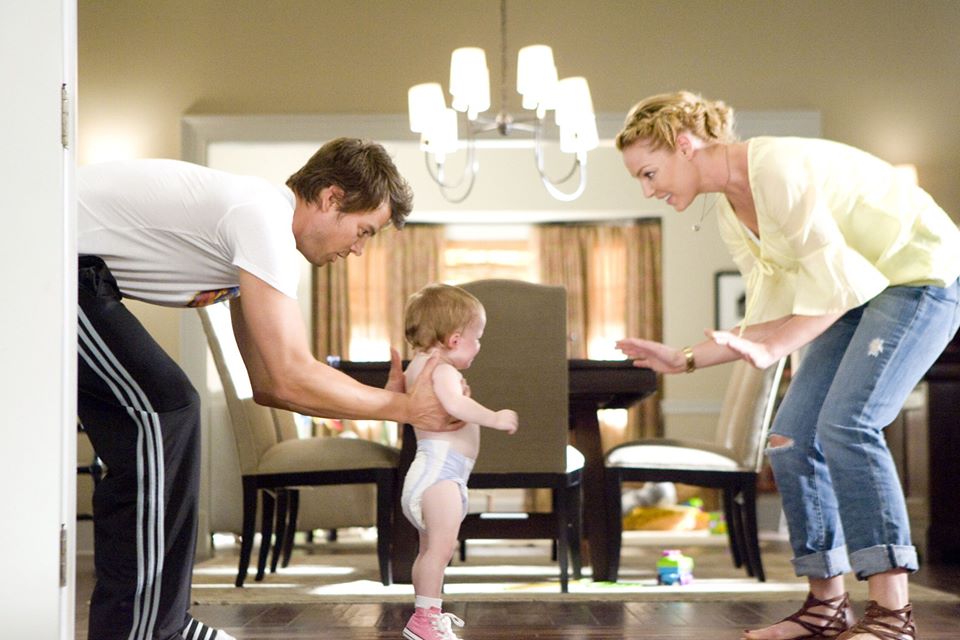 15 Romantic Comedies to Watch With Your Sweetheart on Netflix

Why not add a little romance to our time in quarantine? These are the best romantic comedies Netflix has to offer.

After spending eight months in a state institution and losing everything, Pat (Bradley Cooper) meets Tiffany (Jennifer Lawrence) who has issues of her own and a surprising bond develops.

As Good As It Gets

Melvin (Jack Nicholson) is an overly rude obsessive-compulsive romance author who learns to lighten up with the help of the only person that can put up with him (Helen Hunt).

Willowdean aka Dumplin’ (Danielle Macdonald) is the overweight, teenage daughter of Rosie (Jennifer Aniston) a former beauty queen. Dumplin’ signs up for her mother’s beauty pageant as a protest.

Sleeping With Other People

Lainey (Alison Brie) and Jake (Jason Sudeikis) have both separately failed at romance terribly and have sworn their relationship will stay purely platonic.

Life as We Know It

Holly (Katherine Heigl) and Eric (Josh Duhamel) star as two people who can’t stand the sight of one another.

Always Be My Maybe

Childhood friends Sasha (Ali Wong) and Marcus (Randall Park) have not been in touch since a brief fling went bad 15 years ago.

Abby (Kathryn Heigl) is a hopeless romantic morning show television producer. She is forced to team up with Mike (Gerard Butler), an over-opinionated celebrity, who wants to test Abby’s theories on love.

He’s Just Not That Into You

Tripp (Matthew McConaughey) is a huge mama’s boy still living at home with his parents (Kathy Bates and Terry Bradshaw) who call on the help of Paula (Sarah Jessica Parker) to get their son out of the house.

Gabriela (Christina Milian) has been having a tough time until she wins an Inn in the New Zealand countryside.

Ghosts of Girlfriends Past

Connor (Matthew McConaughey) is a famous photographer. At his brother’s wedding, he is visited by three ghosts who lead him through his womanizing past.

Maya (Amber Stevens West ) doesn’t want to follow her father’s wishes and run the family store. Instead, she travels to Africa for inspiration and returns home with a fiancé.

Deirdre is originally from Humboldt County in Northern California. A graduate of the University of Arizona, she holds a bachelor’s in Media Arts and a post-baccalaureate in Education. She is a long-time Arizona resident and makes her home in the North Phoenix Desert Valley neighborhood. After teaching English in the Phoenix public school system for 16 years, she began freelance writing and working as a social media consultant with companies and organizations throughout the nation. In her free time, she enjoys spending time with her two sons, hiking the Valley mountains, working out, watching movies, and cooking.

View all posts by Deirdre Paige

How to Win in Parimatch: How to Bet Correctly for Beginners