First dates can be super nerve wracking. You just never know if the two of you will get along or not. When you’re nervous, it’s very easy to blurt out a weird or offensive question. That’s why if you’re new to the dating game or are going on a first date after either being single for a long time or after being in a relationship for some time, you should prepare yourself and know what questions to avoid. It might be easy to talk about yourself, but do try to include your date and ask them questions too. You don’t want to seem self absorbed! So, here are 12 first date questions you most definitely should not ask.

This question might not seem bad in itself, but we all know that the recent election sparked some drama. People don’t like to be political, especially on their first date. This question might cause some tension if you have opposing views, so do try to avoid it!

This might not seem like a bad question, but hear me out. My guess is both of you are probably on multiple dating apps. Nothing bad about that! But what their on is none of your business! You might start to come off creepy or desperate if you ask.

This question is a 100% no no. First of all, it’s none of your business as to why the other person is single. Second, it’s just rude to ask! It’s like asking someone what’s wrong with them on a first date. Avoid this question and if the other person is comfortable sharing their previous relationship, then they will do so themselves.

This is a heavy question for a first date. You literally just met that person! Asking where a relationship is going is not something either of you should be worried on the first date. If there is a connection and chemistry between you two then there will be more dates. But, asking right out of the gate where its going might scare the other person off.

Okay. let’s be honest. Whether you’re a guy or a girl, you are probably going on many first dates, right? That’s just something that should be guaranteed to assume. Now don’t take that assumption and twist it around. In my experience, you should avoid this dating question because what you don’t know wont hurt you. And if you’re the right person, they won’t be seeing anyone else.

Again, this isn’t a horrible question to ask but if this is a first date then avoid this. Girls like to be prepared, whether it’s picking an outfit or deciding what shoes to wear, we like to be prepared for what we’re going to do. First dates should be planned, and girls like it when guys plan a date out. It means they took the time to research and find somewhere that would be a good place to get to know each other. No plans just makes it awkward, let’s be honest. So, plan out your date and make sure the other person is aware of what you guys are doing. Leave the surprises for future dates when you are comfortable with each other.

There’s not much to say about this one except…DONT ASK! This should be a no brainer, but as a reminder, it’s none of your business. What you did and how many people you did with shouldnt define a future relationship. So to save yourself some (potential) heartbreak, don’t ask.

Now this one is just rude. Asking this question on a first date implies that you’re eating too much and that you shouldn’t be. Let the guy/gal eat! And if you’re asking about their drinking, let’s be honest, it’s a first date, their nervousness, a little bit of alcohol helps lighten them up. And if for some reason, you don’t drink and you don’t like that the other person does, then just be honest and don’t pursue the relationship. Just don’t be rude and make the other person self-conscious.

Again, none of your business. Why someone’s relationship ended should never be a topic of conversation. This might come off as if you’re trying to see what’s wrong with them. It’s never good to assume based on a previous relationship.

Okay, who cares how much money the other person makes? You’re not trying to buy a house with them or start a business. Their financial situation is theirs to know, not yours. Asking a date how much money they make can be very off putting. It will seem like all you care about is money and that you’re on this date because you’re after monetary gain.

Everyone wants to know if their date is attracted to them. But also, if you are on a first date, my guess is they are already attracted to you. And let’s be honest, even if you or them were asked this question, you’re not going to hear the full truth. We are all notorious for judging on the first dates. So if you don’t want your feelings to get potentially hurt, don’t ask. You might seem desperate and self-absorbed if you do. Trust me, if they like you and are attracted to you, you will know. 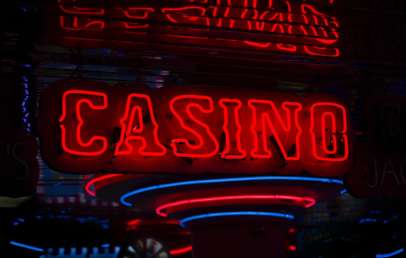 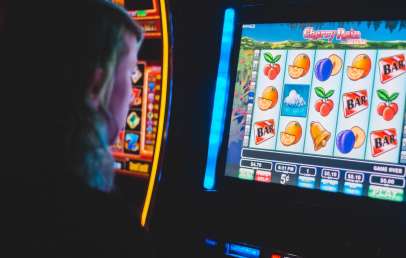 What Does it Take to Move the Needle and Rank in the iGaming niche?

Is the Online Casino Market Growing? Top Trends and Stats to Look Out For