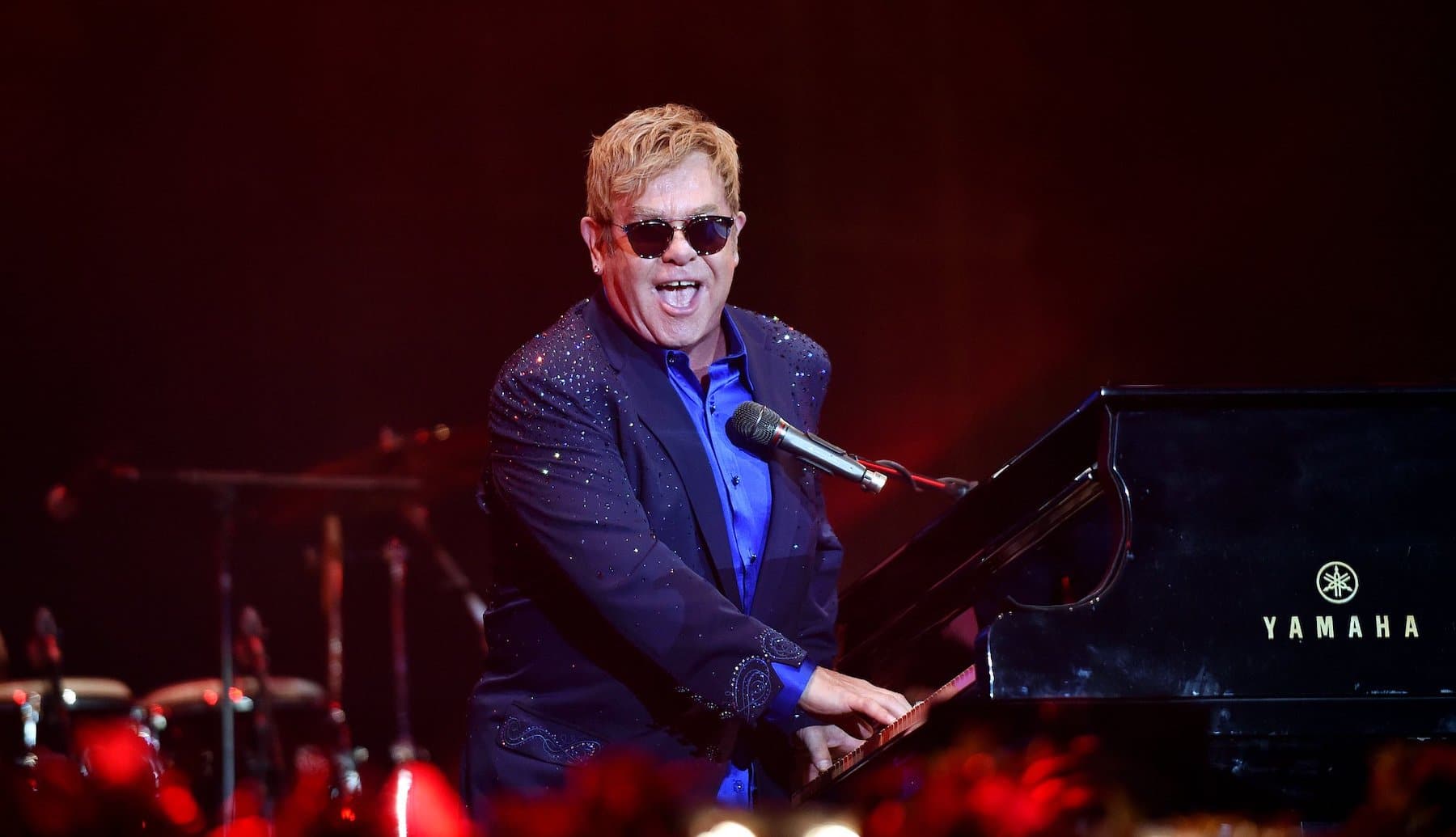 Sir Elton John is one of our greatest living singer-songwriters. From romantic, dreamy, heartfelt ballads to belt-out anthems, Elton John songs are a staple of many childhoods, classic rock stations, and karaoke playlists. The British-born artist is almost as famous for his AIDS advocacy and flashy fashion as his huge number of global hits. With so many great tracks and massive discography to choose from, it’s difficult to narrow down the cream of the crop. No worries — we’re here to help you rank and curate your best of Elton John playlist. Here are the 10 best Elton John songs.

This song was released as a single off the album Goodbye Yellow Brick Road and became a huge hit across the world. The main chorus lyric is famously misheard in the movie 27 Dresses (and by tons of listeners) as “She’s got electric boobs, and mohair shoes.”

Best Lyric: She’s got electric boots, a mohair suit / You know I read it in a magazine, ohh-oh

Your Song was a b-side track on the album Elton John and charted in the top 10 in both the U.S. and U.K. The song has been covered by countless great musicians and plays a big part in the hit movie Moulin Rouge. The passionate lyrics make it a super popular choice for first dances at weddings.

Best Lyric: I hope you don’t mind / That I put down in words / How wonderful life is while you’re in the world.

This Elton John song off the album Honky Château rose to the top 10 popularity and ranks among Rolling Stone’s top 500 songs of all time. The composition and lyrics are rumored to be influenced by the short story “The Rocket Man” by Ray Bradbury and co-writer Bernie Taupin’s interest in space.

Candle in the Wind was another single off the Goodbye Yellow Brick Road album that has endured the test of time. Originally composed as an ode to Marylin Monroe, the song was rewritten in 1997 to become a tribute to Princess Diana after her death.

Best Lyric: Your candle burned out long before / Your legend ever did.

One of the few upbeat and cheerful tracks on this list is “I’m Still Standing” from the album Too Low for Zero. This confidence-boosting jam is the perfect cure for a breakup, rejection, or just feeling yourself. It was featured in the animated musical film Sing in 2016, sparking a whole new generation of Elton fans.

Best Lyric: And if our love was just a circus, you’d be a clown by now.

Another Elton John song that made Rolling Stone’s top 500 of all-time list is Tiny Dancer from the album Madman Across the Water. Many older millennials will remember it from the iconic scene in the movie Almost Famous.

From the album Don’t Shoot Me I’m Only the Piano Player, “Crocodile Rock” is the gold standard in cheesy-yet-classic 70s pop-rock. It’s fun and familiar and never fails to evoke nostalgic vibes.

Best Lyric: I never knew me a better time and I guess I never will.

If you’re searching for the best modern (ish!) Elton John songs, the piece ”Can You Feel the Love Tonight?”  is from The Lion King: Original Motion Picture Soundtrack. The star-power behind Disney’s 1996 film The Lion King is part of the reason their animated films had a massive resurgence that continues to this day.

Best Lyric: It’s enough for this wide-eyed wanderer / That we’ve got this far.

The super playful first single from Elton John’s Goodbye Yellow Brick Road album is always a hit on any party playlist. You can’t help but get in the mood for a night out when this track comes on.

Best Lyric: It’s seven o’clock and I want to rock.